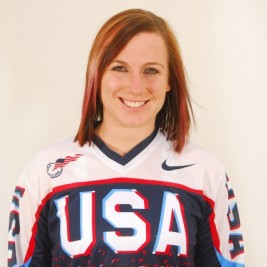 Businesses, Non-profit organizations, event planners and companies across the country have worked closely with our booking agents to hire Arielle Martin for a speaking engagements, guest appearances, product endorsements and corporate events. Many of those same clients have continued to turn to our speakers bureau as we can easily align Arielle Martin’s availability with their upcoming seminar, gala, annual conference, corporate function, and grand opening. Our close relationship with Arielle Martin’s booking agent and management team further enables us to provide inquiring clients with Arielle Martin’s speaking fee and appearance cost.

If your goal is to hire Arielle Martin to be your next keynote speaker or to be the next brand ambassador our celebrity speakers bureau can assist. If Arielle Martin’s booking fee is outside your companies budget or your unable to align with his appearance availability, our booking agents can provide you a list of talent that aligns with your event theme, budget and event date.

Arielle Martin was born in Pleasant Grove, Utah and is a US BMX cyclist.

She crashed in the quarter-finals at the World Championships held in Taiyuan, China, on June 2, 2008, with the result that Jill Kintner, her friend and roommate at the Olympic Training Center in Chula Vista, California, came in sixth place, which was enough to guarantee Jill the only automatic women's spot on the US BMX Olympic Team. USA Cycling has a 17-race points series, and Jill had 129 points to Martin's 128. Kintner made up and went beyond a 13-point deficit with her sixth place and Martin's crash, became the one US Women's representative in the BMX racing event, and received a bronze medal, a medal she says was half won by Martin, who, after crashing, returned to the training center to help Kintner train. The two say that living together in the training center just made them able to push each other, as they remained neck and neck until Martin's accident. They had worked so hard together that Kintner characterized her win as bittersweet, at first more bitter than sweet.

Martin finished a degree in exercise science in 2007 at Brigham Young University. She was married in December 2007 to Michael Verhaaren and has taken his name except for when she is involved in bike competitions. They left their Utah home on separate missions, she to train for the 2008 Olympic Games in Beijing, and he to spend a year deployed in Afghanistan with the US Army.

Martin's father was a BMX racer. As a tiny girl, she watched him, then started riding a BMX bike at the age of two. At 15 she turned pro and in October, 2007, became the third woman in the world to do a backflip on a BMX bike. Martin has said that missing the Beijing Olympics made her more determined than ever to remain at the top in BMX and to compete at the 2012 Olympic Games in London.