Search Ariane de Bonvoisin
CEO and Founder of First30Days.com and Author, "The First 30 Days: Your Guide to Making Any Change Easier" 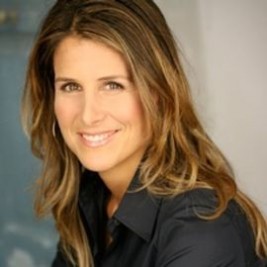 If your goal is to hire Ariane de Bonvoisin to be your next keynote speaker or to be the next brand ambassador our celebrity speakers bureau can assist. If Ariane de Bonvoisin’s booking fee is outside your companies budget or your unable to align with his appearance availability, our booking agents can provide you a list of talent that aligns with your event theme, budget and event date.

Ariane speaks frequently around the country and abroad on issues of personal and professional change, inspiration and motivation and the topic of mindful living and conscious business. She has spoken at companies such as Google, Twitter, Morgan Stanley, The IDB, KPMG, Essilor, Nestle and The North Carolina Chamber of Commerce and The Girls Guides amongst others. She has also been a keynote at events including Oprah’s Conference, Maria Shriver's Women's Conference, the Pennsylvania's Governors Conference, the Houston and Boston Leadership Conferences, the Health Conference in NYC, the Multimillion Dollar Roundtable (MDRT) and other international conferences. She also loves speaking to schools and youth of all ages.

With a degree in economics and international relations from the London School of Economics at the age of 19, Ariane began her professional career at The Boston Consulting Group and worked in over a dozen countries during her tenure. After receiving an MBA from Stanford University, she moved to New York, working with media companies Bertelsmann and Sony. In 2000, she joined Time Warner as the Managing Director of a new $500 million digital-media venture fund. The Fund's mission was to take equity stakes in early-stage, potentially strategic, technology companies.

She is the Founder, CEO and Chief Change Optimist of First30Days, a New York City-based media company focused on guiding people through all types of changes, both personal and professional and social or global. The company, www.first30days.com currently features 60 life change subjects. She also hosts a popular on-line show, ChangeNation, where she interviews experts and thought leaders on all aspects of life changes.

Prior to her launch of First30Days and time at Charlie Rose Productions, Ariane spent a year as a Senior Advisor on a Humanitarian Project, A DAY IN THE LIFE OF AFRICA. The project involved the top 100 photojournalists placed in the 53 countries of Africa on a single day.

Ariane is currently MSN’s Life Change Expert, a contributing editor to BusinessWeek.com, a Life Balance expert for Health Magazine and has appeared on dozens of TV and radio shows, including NBC's Today Show, the CBS Early Show, CNN Radio and ABC News Now. She is a Huffington Post contributor and has written articles for media outlets including Oprah Magazine, Good Housekeeping, Yahoo, Town & Country, Advertising Age, the New York Daily News and Reader's Digest among others. She has also been written about in Forbes and USA Today.

Ariane’s most recent book entitled, “The First 30 Days: Your Guide to Making Any Change Easier” was published by Harper Collins in 2008 and reached the best seller list on Barnes and Noble and Amazon. Ariane embarked on a national media and speaking tour for the book. The book has now been translated in close to a dozen languages.

She is also the co-founder of Mindful365, www.mindful365, a website and smart phone app that helps people live consciously a day at a time.

She is an angel investor in various small, exciting ventures all around the world and is always looking for new ways to contribute and get involved.

She is also an accomplished athlete, having been a competitive swimmer, a ski instructor and a runner in a series of marathons and triathlons. She also reached the summit of Mt. Kilimanjaro in January 2001, accompanied a group of students to Antarctica in December 2002. She was most recently part of a documentary movie called The Highest Pass (www.thehighestpass.com)- a motorcycle journey through the highest roads in the Himalayas, which premiered in August 2011; a journey to discover that our highest pass is always within the heart and beyond the mind.

She currently lives between Cape Town, South Africa and New York City, with her partner Alfie and her son, Everest.