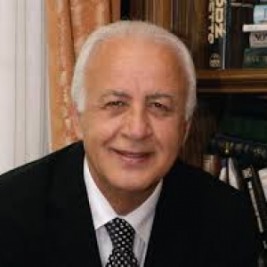 If your goal is to hire Ari Babaknia, M.D. to be your next keynote speaker or to be the next brand ambassador our celebrity speakers bureau can assist. If Ari Babaknia, M.D.’s booking fee is outside your companies budget or your unable to align with his appearance availability, our booking agents can provide you a list of talent that aligns with your event theme, budget and event date.

As an obstetrician and gynecologist, he was at the top of his game -- but a new calling caused Dr. Babaknia to change the course of his life.

In an effort to make the world a better place, he has dedicated the past 16 years of his life and donated over $2 million of his own financial resources to another quest.

A lifelong patron of the arts, he has taken it upon himself direct a team of researchers at the National Archive in Washington, D.C., to study every genocide that has taken place within the past 100 years. The outcome has resulted in a four-volume groundbreaking series of books about the Holocaust as well as all of the other genocides of the last 100 years.

His initial books were the first of their kind to have been written in Farsi. His study has been reviewed by the new president of Iran, President Hassan Rouhani, prior to his acknowledgment of the Holocaust at the United Nations in September 2013.

His research includes never-before-seen documents from the Roosevelt Administration giving orders to ignore the extermination of 6 million Jews. In addition, Dr. Babaknia's focus on the Muslim and Armenian Genocides has brought his unique and groundbreaking study international embrace.

He has received the Reference Book of the Year award (2013) from the Association of the Jewish Libraries. He has been on a national as well as an international book tour promoting genocide awareness and prevention all around the globe. His latest book, “Humanity, NOT!," with 300 captivating paintings on emotions of the Holocaust by renowned late Iranian, Muslim graphic artist Ardeshir Mohassess, was released in December 2013.

“Humanity, NOT!” captures the emotions of the victims, perpetrators, bystanders, and survivors of the Holocaust, told in their own words. Today there are approximately 300 million people in the world that speak Arabic, and there is currently no literature of this nature on the Holocaust available in the language. Dr. Babaknia is currently in the midst of having these books translated into Arabic, and he intends to release them free of charge on the Internet.

Dr. Ari Babaknia is regarded as one of the 21st century’s foremost scholars on the subject of the Holocaust and world genocides.