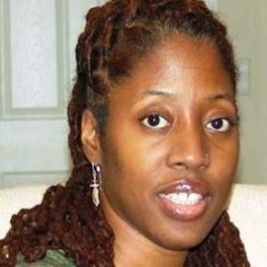 Businesses, Non-profit organizations, event planners and companies across the country have worked closely with our booking agents to hire April Silver for a speaking engagements, guest appearances, product endorsements and corporate events. Many of those same clients have continued to turn to our speakers bureau as we can easily align April Silver’s availability with their upcoming seminar, gala, annual conference, corporate function, and grand opening. Our close relationship with April Silver’s booking agent and management team further enables us to provide inquiring clients with April Silver’s speaking fee and appearance cost.

If your goal is to hire April Silver to be your next keynote speaker or to be the next brand ambassador our celebrity speakers bureau can assist. If April Silver’s booking fee is outside your companies budget or your unable to align with his appearance availability, our booking agents can provide you a list of talent that aligns with your event theme, budget and event date.

Since her activism days at Howard University and as evidenced in her work now, Silver embodies the belief that culture should inspire, educate, empower, and transform our lives. It is this path that has led her to work closely with such esteemed figures as Sonia Sanchez, Amiri Baraka, Bill Cosby, Rev. Al Sharpton, Rev. Jesse Jackson, Sean Combs, Russell Simmons, LL Cool J, Doug E. Fresh, Africa Bambattaa, Chuck D, KRS-One, Sister Souljah, Kevin Powell, Ras Baraka, and a host of other luminaries.

Much of Silver's work has come under the banner of her company Akila Worksongs (AW). As an arts and entertainment multi-service agency, AW specializes in lecture management, media communications, and event consulting. Since 1993, some of its satisfied clients have included Malik Yoba, Sister Souljah, Doug E. Fresh, Alex Bugnon, and many other artists. Corporate and community organizations have included Russell Simmons' Def Poetry, McDonald's, the Mott Foundation, the Ford Foundation, the NEA, the GRAMMY'S, and many others. In its first year as a home-based operation, AW grossed nearly $100,000, a significant achievement for a company

bound by principle, not profit.

A graduate of Howard University, Silver was very active in campus and local politics as a student. She helped lead the historic student protest of 1989 and it was that role that garnered her national and international recognition as a student/youth activist. She was later elected student body president.

While in student government, Silver co-founded and was president of The Cultural Initiative, Inc., the producers of the first national hip-hop conference. The groundbreaking conferences were the first to assemble both the entertainment industry and the community to examine artist integrity, entrepreneurship, and gender issues in music. Fellow Howard University and conference alumni (including Sean "P. Diddy" Combs) are now the top movers and shakers in entertainment.

Upon graduation, Silver went to work with hip-hop pioneer Doug E. Fresh as his management and social programs assistant. Thereafter, Silver began teaching junior high in New York City's most disadvantaged neighborhoods. During this time she began to refine the mission of AW. Since then, Silver has continued her role as an educator, but now through using her art and entertainment programs as tools for empowerment and social change.

Silver's dedication to the community and the cultural arts is evident in her volunteerism. Her participation and/or Executive Board membership roles have included the Black Family Forum; International African Arts Festival; the Brooklyn Arts Council; the "Hip Hop Nation" Exhibit at Brooklyn Museum of Art; and the NY Chapter of NARAS (were she conceived/organized the GRAMMY's first hip-hop/R&B conference). She also founded Co-Motion, an artist/activist group convened to protest police brutality; and co-established HipHop Speaks!, a series of community forums founded by Kevin Powell.

For her work, Silver has received awards and high honors from Rev. Jesse Jackson, the Mayor of the City of Philadelphia, and many others. As a lecturer on hip-hop and popular culture, she is regularly asked to keynote or speak at colleges and conferences nationwide.

In the media, Silver has been profiled in Time magazine, Newsweek, The Washington Post, Ebony Magazine, Ms. magazine, CNN, BET, and other national media. Silver has also made international news and has been featured on Radio Netherlands, ADLIB (Japan), and others.