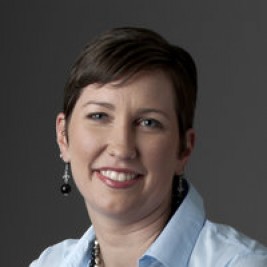 Businesses, Non-profit organizations, event planners and companies across the country have worked closely with our booking agents to hire April Fulton for a speaking engagements, guest appearances, product endorsements and corporate events. Many of those same clients have continued to turn to our speakers bureau as we can easily align April Fulton’s availability with their upcoming seminar, gala, annual conference, corporate function, and grand opening. Our close relationship with April Fulton’s booking agent and management team further enables us to provide inquiring clients with April Fulton’s speaking fee and appearance cost.

If your goal is to hire April Fulton to be your next keynote speaker or to be the next brand ambassador our celebrity speakers bureau can assist. If April Fulton’s booking fee is outside your companies budget or your unable to align with his appearance availability, our booking agents can provide you a list of talent that aligns with your event theme, budget and event date.

April Fulton is the blog host of The Salt, NPR's Food Blog. As an editor on NPR's Science Desk, she edits and prepares radio and web reports on food topics ranging from raw milk policy to growing African crops.

Fulton, who joined NPR in 2009 as a health editor, worked with NPR's Health Policy Correspondent Julie Rovner and All Things Considered Senior Host Robert Siegel in preparation for their White House meeting with President Barack Obama just before the health care legislation passed in March 2010. In 2009, she helped launch the Shots health blog, just as the H1N1 flu virus pandemic was making headlines. Also that year, Fulton was part of the team developing content for the newly redesigned NPR.org website, which won a George Foster Peabody Award in 2009.

Before coming to NPR, Fulton spent five years as a freelance food writer. Her work has appeared in The Washington Post, Capitol File Magazine, US Airways Magazine and on NPR.org.

As a legislative assistant for U.S. Senator Richard Durbin from 2004-2005, Fulton took a brief break from journalism to develop food safety legislation.

Covering health care, labor and transportation policy for National Journal, Fulton worked first as a reporter than as an editor from 2000-2004. During that time, she broke a story on a costly trip made by some Congressional staffers, who oversaw pharmaceutical companies, and paid for by a drug company.

Prior to National Journal, Fulton worked her way up from reporter to editor in chief for a Washington, D.C.-based newsletter covering the U.S. Food and Drug Administration.

In 2010, Fulton was selected as a Knight Foundation Fellow and attended MIT's Medical Evidence Boot Camp. She earned a bachelor's degree in journalism with a minor in political science from the University of Rhode Island.