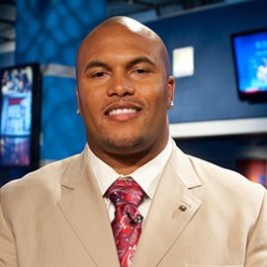 Businesses, Non-profit organizations, event planners and companies across the country have worked closely with our booking agents to hire Antonio Pierce for a speaking engagements, guest appearances, product endorsements and corporate events. Many of those same clients have continued to turn to our speakers bureau as we can easily align Antonio Pierce’s availability with their upcoming seminar, gala, annual conference, corporate function, and grand opening. Our close relationship with Antonio Pierce’s booking agent and management team further enables us to provide inquiring clients with Antonio Pierce’s speaking fee and appearance cost.

If your goal is to hire Antonio Pierce to be your next keynote speaker or to be the next brand ambassador our celebrity speakers bureau can assist. If Antonio Pierce’s booking fee is outside your companies budget or your unable to align with his appearance availability, our booking agents can provide you a list of talent that aligns with your event theme, budget and event date.

A month before his official start date, Pierce announced he was joining ESPN on the same day he declared his retirement from pro football.

Pierce captained the Giants’ defense for five seasons, including 2007 when he helped anchor the championship team that upset the previously undefeated New England Patriots for a victory in Super Bowl XLII. He was also named to the Pro Bowl that season.

Selected by the Redskins as an undrafted free agent in 2001, Pierce finished his career with 687 tackles, nine sacks and seven interceptions.

A native of Long Beach, Calif., Pierce played college football at the University of Arizona.

As a senior, he had three sacks, 77 tackles (10 for losses), two forced fumbles, one interception, and one blocked kick for the Wildcats.

In addition to his accomplishments on the field, Pierce was the spokesperson for the Giants Academy inner city youth program in 2006, and he works hard for a number of not-for-profit organizations, including YMCA, DARE, Cystic Fibrosis, My Sisters Place, ASC Football Camp, City Meals on Wheels and Make a Wish Foundation.

Pierce received the United Way’s Man of the Year award in 2007 and was honored by Minority Athletes Networking Inc (M.A.N) as its 2008 ‘MAN of the Year,’ for his excellence in the community.

In 2011, Pierce was named to the California Community College Athletics Association’s Hall of Fame.