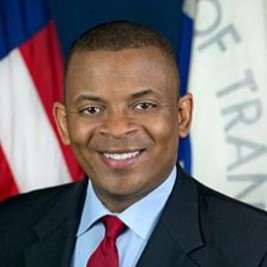 Businesses, Non-profit organizations, event planners and companies across the country have worked closely with our booking agents to hire Anthony Foxx for a speaking engagements, guest appearances, product endorsements and corporate events. Many of those same clients have continued to turn to our speakers bureau as we can easily align Anthony Foxx’s availability with their upcoming seminar, gala, annual conference, corporate function, and grand opening. Our close relationship with Anthony Foxx’s booking agent and management team further enables us to provide inquiring clients with Anthony Foxx’s speaking fee and appearance cost.

If your goal is to hire Anthony Foxx to be your next keynote speaker or to be the next brand ambassador our celebrity speakers bureau can assist. If Anthony Foxx’s booking fee is outside your companies budget or your unable to align with his appearance availability, our booking agents can provide you a list of talent that aligns with your event theme, budget and event date.

Anthony Renard Foxx (born April 30, 1971) is an American politician who has been United States Secretary of Transportation since 2013. He served as the Mayor of Charlotte, North Carolina, from 2009 to 2013. He was first elected to the Charlotte City Council in 2005, and he was elected as Mayor on November 3, 2009, winning 51.5% of the vote and defeating his City Council colleague, Republican John Lassiter. He won a second term on November 8, 2011, winning more than two-thirds of the vote against Republican Scott Stone. He is a member of the Democratic Party.

Originally elected at the age of 38, Foxx was the youngest mayor of Charlotte, and was the first Democrat to hold the office since Harvey Gantt left office in 1987. He was Charlotte's second African American mayor, as well as its first newly elected mayor since 1995, when Pat McCrory began the first of his record seven terms in office. On April 5, 2013, he announced that he would not seek reelection as Mayor in 2013.