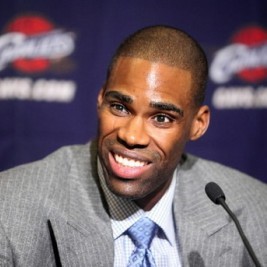 Businesses, Non-profit organizations, event planners and companies across the country have worked closely with our booking agents to hire Antawn Jamison for a speaking engagements, guest appearances, product endorsements and corporate events. Many of those same clients have continued to turn to our speakers bureau as we can easily align Antawn Jamison’s availability with their upcoming seminar, gala, annual conference, corporate function, and grand opening. Our close relationship with Antawn Jamison’s booking agent and management team further enables us to provide inquiring clients with Antawn Jamison’s speaking fee and appearance cost.

If your goal is to hire Antawn Jamison to be your next keynote speaker or to be the next brand ambassador our celebrity speakers bureau can assist. If Antawn Jamison’s booking fee is outside your companies budget or your unable to align with his appearance availability, our booking agents can provide you a list of talent that aligns with your event theme, budget and event date.

Antawn Jamison is a retired American professional basketball player who is currently a sports analyst. He last played for the Los Angeles Clippers of the National Basketball Association.  He played college basketball for the North Carolina Tar Heels, when he was named national player of the year in 1998. He was selected by the Toronto Raptors in the first round with the fourth overall pick of the 1998 NBA draft before being traded to the Golden State Warriors for former Tar Heel teammate Vince Carter. Jamison was named to the NBA All-Rookie Team with the Warriors. During his career, Jamison has been a two-time All-Star and has won the NBA Sixth Man of the Year Award. He was a member of the USA National Team for the 2006 FIBA World Championships. After retiring from playing, he became an analyst for Time Warner Cable SportsNet in Los Angeles.