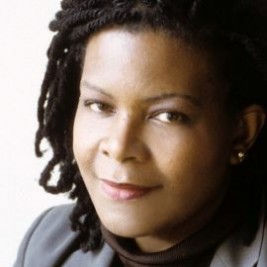 If your goal is to hire Annette Gordon-Reed to be your next keynote speaker or to be the next brand ambassador our celebrity speakers bureau can assist. If Annette Gordon-Reed’s booking fee is outside your companies budget or your unable to align with his appearance availability, our booking agents can provide you a list of talent that aligns with your event theme, budget and event date.

Reed Annette Gordon-Reed is the Charles Warren Professor of American Legal History at Harvard Law School, the Carol K. Pforzheimer Professor at the Radcliffe Institute, and a professor of history at Harvard. Her books include "The Hemingses of Monticello: An American Family," which won the 2009 Pulitzer Prize for history and the National Book Award for nonfiction; "Thomas Jefferson and Sally Hemings: An American Controversy"; and "Andrew Johnson."

Annette Gordon-Reed is the Charles Warren Professor of American Legal History at Harvard Law School and a Professor of History in the Faculty of Arts and Sciences at Harvard University, and formerly the Carol K. Pforzheimer Professor at the Radcliffe Institute for Advanced Study (2010-2016) and the Harold Vyvyan Harmsworth Visiting Professor of American History at Queen's College, University of Oxford (2014-2015). She won the Pulitzer Prize in History in 2009 for The Hemingses of Monticello: An American Family (W.W. Norton, 2009), a subject she had previously written about in Thomas Jefferson and Sally Hemings: An American Controversy (University Press of Virginia, 1997). She is also the author of Andrew Johnson (Times Books/Henry Holt, 2010). Her most recently published book (with Peter S. Onuf) is “Most Blessed of the Patriarchs”: Thomas Jefferson and the Empire of the Imagination (Liveright Publishing, 2016). Her honors include a fellowship from the Dorothy and Lewis B. Cullman Center for Scholars and Writers at the New York Public Library, a Guggenheim Fellowship in the humanities, a MacArthur Fellowship, the National Humanities Medal, the National Book Award, and the Woman of Power & Influence Award from the National Organization for Women in New York City. Gordon-Reed was elected a fellow of the American Academy of Arts and Sciences in 2011 and is a member of the Academy’s Commission on the Humanities and Social Sciences.