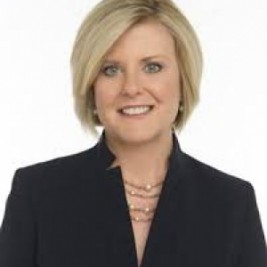 Businesses, Non-profit organizations, event planners and companies across the country have worked closely with our booking agents to hire Anne Thompson for a speaking engagements, guest appearances, product endorsements and corporate events. Many of those same clients have continued to turn to our speakers bureau as we can easily align Anne Thompson’s availability with their upcoming seminar, gala, annual conference, corporate function, and grand opening. Our close relationship with Anne Thompson’s booking agent and management team further enables us to provide inquiring clients with Anne Thompson’s speaking fee and appearance cost.

If your goal is to hire Anne Thompson to be your next keynote speaker or to be the next brand ambassador our celebrity speakers bureau can assist. If Anne Thompson’s booking fee is outside your companies budget or your unable to align with his appearance availability, our booking agents can provide you a list of talent that aligns with your event theme, budget and event date.

Anne Thompson does more than just break news; she provides an insider’s clear-eyed analysis of a business that defines culture at home and abroad. She served as a film columnist at Variety and deputy editor of Variety.com, where she started the "Thompson on Hollywood" blog in March 2007. Born and raised in New York City, she was a contributor to The New York Times, The Washington Post, The Observer and Wired. She served as the Deputy Film Editor at The Hollywood Reporter from January 2005 to March 2007 and before that was the West Coast Editor of Premiere, from 1996 to 2002. After leaving Variety in July 2008, she restarted the "Thompson on Hollywood" blog as part of indieWIRE.

Before joining Premiere, Thompson tracked behind-the-scenes Hollywood as a senior writer at Entertainment Weekly and as West Coast Editor for Film Comment Magazine. From 1985 to 1993 she wrote the film industry column "Risky Business" for LA Weekly and the Los Angeles Times Syndicate. A graduate of the Department of Cinema Studies at New York University, she teaches the fall semester of "Sneak Previews" for UCLA Extension.