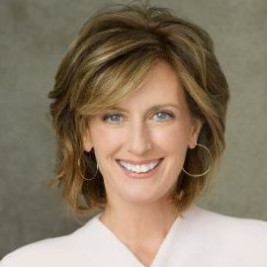 Businesses, Non-profit organizations, event planners and companies across the country have worked closely with our booking agents to hire Anne Sweeney for a speaking engagements, guest appearances, product endorsements and corporate events. Many of those same clients have continued to turn to our speakers bureau as we can easily align Anne Sweeney’s availability with their upcoming seminar, gala, annual conference, corporate function, and grand opening. Our close relationship with Anne Sweeney’s booking agent and management team further enables us to provide inquiring clients with Anne Sweeney’s speaking fee and appearance cost.

If your goal is to hire Anne Sweeney to be your next keynote speaker or to be the next brand ambassador our celebrity speakers bureau can assist. If Anne Sweeney’s booking fee is outside your companies budget or your unable to align with his appearance availability, our booking agents can provide you a list of talent that aligns with your event theme, budget and event date.

Anne Sweeney has served as one of Netflix's directors since March 2015. Ms. Sweeney’s entertainment experience spans more than three decades including senior roles at the Walt Disney Co., 21st Century Fox and Viacom. Until she stepped down in January, she oversaw Disney’s cable, broadcast and satellite properties around the world since 2004. Previously, she helped establish and served as Chairman and CEO of the FX Networks, part of the Fox Entertainment Group of 21st Century Fox. Earlier in her career, she spent more than 12 years at Viacom’s Nickelodeon network. Ms. Sweeney holds a BA from The College of New Rochelle and an Ed. M. from Harvard University.