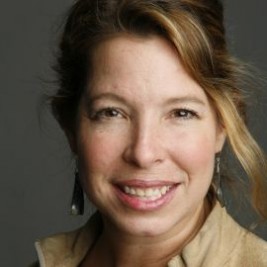 Businesses, Non-profit organizations, event planners and companies across the country have worked closely with our booking agents to hire Anne Pasternak for a speaking engagements, guest appearances, product endorsements and corporate events. Many of those same clients have continued to turn to our speakers bureau as we can easily align Anne Pasternak’s availability with their upcoming seminar, gala, annual conference, corporate function, and grand opening. Our close relationship with Anne Pasternak’s booking agent and management team further enables us to provide inquiring clients with Anne Pasternak’s speaking fee and appearance cost.

If your goal is to hire Anne Pasternak to be your next keynote speaker or to be the next brand ambassador our celebrity speakers bureau can assist. If Anne Pasternak’s booking fee is outside your companies budget or your unable to align with his appearance availability, our booking agents can provide you a list of talent that aligns with your event theme, budget and event date.

President and Artistic Director Anne Pasternak joined Creative Time in the fall of 1994. Since that time, the organization, which began commissioning innovative public work in New York City in 1974, has collaborated with hundreds of artists to ignite the public's imagination, explore ideas that shape society, and bring groundbreaking public art to millions of people around the world. Thanks to Pasternak's vision, Creative Time now also presents national and global projects and initiatives, making it the only public arts organization with programs that have reached from New York to New Orleans, Haiti to Hanoi, Dubai to Denver, and now in outer space.

Pasternak believes strongly that art matters in our world, and that artists should be weighing in on the key issues of our time. Under her leadership, Creative Time has produced such renowned projects as Playing the Building (David Byrne), during which the Battery Maritime Building was transformed into an interactive musical instrument; Tribute in Light (Julian Laverdiere and Paul Myoda), the twin beacons of light that illuminated the former World Trade Center site six months after 9/11; Waiting for Godot in New Orleans (Paul Chan), a restaging of Samuel Beckett’s play in the streets of post-Katrina New Orleans; Living as Form, a survey exhibition of two decades of socially-engaged art; and The Last Pictures (Trevor Paglen), a collection of photographs micro-etched onto a silicon disk and affixed to a satellite in perpetual orbit. She also initiated Creative Time Reports, a website devoted to artists’ perspectives on the important issues of our day, and a Global Residency program that supports artists as they explore questions central to their practice. Artists with whom Pasternak has worked closely include Marina Abramovic, Doug Aitken, Laurie Anderson, Nick Cave, Theaster Gates, Cai Guo-Qiang, Jenny Holzer, Gary Hume, Vik Muniz, Takashi Murakami, Shirin Neshat, Steve Powers, Tom Sachs, and many more.

In addition to her work at Creative Time, Pasternak curates independent exhibitions, consults on urban planning initiatives, and contributes essays to cultural publications. A frequent speaker, she received an honorary doctorate from Hunter College in 2013, and in 2011 she received the Public Art Dialogue Award for Achievement in the Field of Public Art and was honored with the Governors' Award for Outstanding Service to Artists by Skowhegan. Pasternak has been featured on the ArtReview Power 100 list and in numerous media outlets, including The New York Times, The New York Times Magazine, WSJ Magazine, New York Magazine, Artforum, ARTnews, ELLE, NPR, and Paper Magazine. She lectures extensively throughout the United States and Europe, and has served as a guest critic at Yale University.