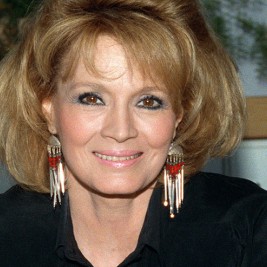 If your goal is to hire Angie Dickinson to be your next keynote speaker or to be the next brand ambassador our celebrity speakers bureau can assist. If Angie Dickinson’s booking fee is outside your companies budget or your unable to align with his appearance availability, our booking agents can provide you a list of talent that aligns with your event theme, budget and event date.

Angie Dickinson is the former, popular runner-up in the 1953 Miss America beauty pageant, and a legendary American television and film actress who co-starred in Shoot-Out at Medicine Bend and The Art of Love with James Garner. Also, she appeared in Ocean's Eleven with her ex-boyfriend Frank Sinatra.

The daughter of a small-town newspaper publisher, Dickinson was born Angeline Brown. For being a such a cute child at a very young age, her first job was to sell Hershey's Kisses for five cents, so her siblings could buy ice cream cones. Despite having been the peaches and cream girl, her father was an alcoholic, so her family moved to Burbank, California in 1942, when little Angie was only 11. She graduated from high school at only 15. At the same time, she was also looking for a job. In 1954, she also graduated from Immaculate Heart College with a degree in business.

In 1952, Angie married Gene Dickinson, a former football player. While Angie was busy working on guest-starring roles, she also began dating Frank Sinatra. The marriage to Dickinson ended in divorce 1960. She was married to musician/composer Burt Bacharach from 1965-1980, with whom she has a daughter. After she was married, the following year, she had a daughter named, Lea Nikki, in 1966, who was born three months premature and much later diagnosed with Apergers Syndrome. This marriage also ended in divorce.

Dickinson is a recipient of the state of North Dakota's Roughrider Award.