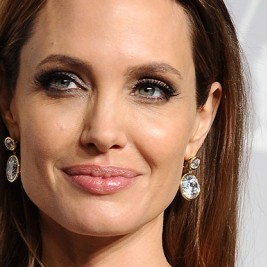 Businesses, Non-profit organizations, event planners and companies across the country have worked closely with our booking agents to hire Angelina Jolie for a speaking engagements, guest appearances, product endorsements and corporate events. Many of those same clients have continued to turn to our speakers bureau as we can easily align Angelina Jolie’s availability with their upcoming seminar, gala, annual conference, corporate function, and grand opening. Our close relationship with Angelina Jolie’s booking agent and management team further enables us to provide inquiring clients with Angelina Jolie’s speaking fee and appearance cost.

If your goal is to hire Angelina Jolie to be your next keynote speaker or to be the next brand ambassador our celebrity speakers bureau can assist. If Angelina Jolie’s booking fee is outside your companies budget or your unable to align with his appearance availability, our booking agents can provide you a list of talent that aligns with your event theme, budget and event date.

Angelina Jolie has received three Golden Globes as well as an Oscar for Best Supporting Actress for her performance in the film Girl, Interrupted, and also on October 12, 2005, Jolie was awarded the Global Humanitarian Award by the UNA-USA.

Before she began a career as an actress, she was a model who was signed with Finesse Model Management. She modeled in both the United States and Europe. She also appeared in numerous music videos, including those of Korn, Meat Loaf, Lenny Kravitz, and The Rolling Stones.

Her first starring role came in the 1995 film Hackers. In 1998, she achieved a major critical success, starring in the TV film Gia, the true story of 1970-80s supermodel Gia Carangi, who died of AIDS. Jolie won Golden Globe, Screen Actors Guild and Golden Satmifie awards, and was nominated for an Emmy.

In 1999, Angelina co-starred in The Bone Collector with Denzel Washington and won an Oscar for Girl, Interrupted. Her first headlining blockbuster role came from 2001's video-game-based Lara Croft: Tomb Raider.