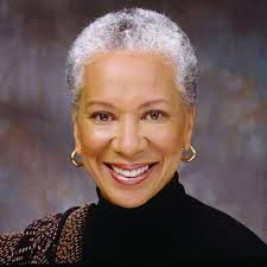 If your goal is to hire Angela Glover Blackwell to be your next keynote speaker or to be the next brand ambassador our celebrity speakers bureau can assist. If Angela Glover Blackwell’s booking fee is outside your companies budget or your unable to align with his appearance availability, our booking agents can provide you a list of talent that aligns with your event theme, budget and event date.

Angela Glover Blackwell, Founder and Chief Executive Officer, founded PolicyLink in 1999 and continues to drive its mission of advancing economic and social equity. Under Blackwell’s leadership, PolicyLink has become a leading voice in the movement to use public policy to improve access and opportunity for all low-income people and communities of color, particularly in the areas of health, housing, transportation, education, and infrastructure.

Prior to founding PolicyLink, Blackwell served as Senior Vice President at the Rockefeller Foundation, where she oversaw the foundation’s Domestic and Cultural divisions. A lawyer by training, she gained national recognition as founder of the Oakland (CA) Urban Strategies Council, where she pioneered new approaches to neighborhood revitalization. From 1977 to 1987, Blackwell was a partner at Public Advocates, a nationally known public interest law firm. As a leading voice in the movement for equity in America, Blackwell is a frequent commentator for some of the nation’s top news organizations, including the Washington Post, Salon, and the Hufngton Post, and has appeared regularly on such shows as public radio’s "Marketplace," "The Ta- vis Smiley Show," "Nightline," and PBS’s "Now." Angela was recently a guest on the PBS series "Moyers &amp; Company" and Current TV’s "The War Room with Jennifer Granholme."

Blackwell is the co-author of the recently published Uncommon Common Ground: Race and America’s Future (W.W. Norton &amp; Co., 2010), and contributed to Ending Poverty in America: How to Restore the American Dream (The New Press, 2007) and The Covenant with Black America (Third World Press, 2006). Blackwell earned a bachelor’s degree from Howard University, and a law degree from the University of California at Berkeley. She serves on numerous boards and served as co-chair of the task force on poverty for the Center for American Progress. Blackwell currently serves on The President’s Advisory Council on Faith-based and Neighborhood Partnerships.