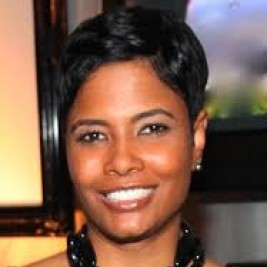 If your goal is to hire Angela Burt-Murray to be your next keynote speaker or to be the next brand ambassador our celebrity speakers bureau can assist. If Angela Burt-Murray’s booking fee is outside your companies budget or your unable to align with his appearance availability, our booking agents can provide you a list of talent that aligns with your event theme, budget and event date.

Angela Burt-Murray is the former editor-in-chief of ESSENCE magazine and the co-founder of Cocoa Media Group, a new digital media and consulting firm.

While at ESSENCE magazine Burt-Murray oversaw the editorial direction for ESSENCE magazine—the premier lifestyle, news, fashion and beauty magazine for African-American women—as well as Essence.com—the leading daily online destination to serve that audience. As steward of ESSENCE’s editorial content from 2005-2010, Burt-Murray increased circulation by 20 percent and empowered the brand’s audience of 8.3 million readers of the monthly magazine and over one million monthly unique users of the website.

Burt-Murray also expanded the ESSENCE brand into books, live events and created co-branded news and entertainment specials for CNN and TV ONE.

Prior to joining ESSENCE, Burt-Murray served as executive editor of TEEN PEOPLE and HONEY magazines. She is also the co-author of "The Angry Black Woman’s Guide to Life" and the novel, "The Vow," which has been optioned by actress Gabrielle Union.

Featured as one of the “40 Under 40” by Crain’s New York Business, she appears regularly on CNN, The Steve Harvey Morning Show, Good Morning America, MSNBC and The Today Show.

A graduate of Hampton University, she resides in New Jersey with her husband and their two children.