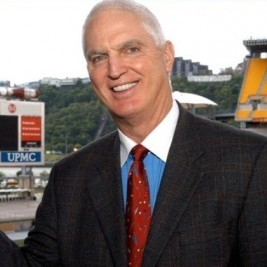 Businesses, Non-profit organizations, event planners and companies across the country have worked closely with our booking agents to hire Andy Russell for a speaking engagements, guest appearances, product endorsements and corporate events. Many of those same clients have continued to turn to our speakers bureau as we can easily align Andy Russell’s availability with their upcoming seminar, gala, annual conference, corporate function, and grand opening. Our close relationship with Andy Russell’s booking agent and management team further enables us to provide inquiring clients with Andy Russell’s speaking fee and appearance cost.

If your goal is to hire Andy Russell to be your next keynote speaker or to be the next brand ambassador our celebrity speakers bureau can assist. If Andy Russell’s booking fee is outside your companies budget or your unable to align with his appearance availability, our booking agents can provide you a list of talent that aligns with your event theme, budget and event date.

Andy Russell is a former American football linebacker, playing his entire 12-year career for the Pittsburgh Steelers. He played college football for, and earned a degree in economics from, the University of Missouri. At Missouri he was a member of the Sigma Chi fraternity.

As a freshman in high school, he moved from the New York area to St. Louis, attending Ladue High School. Having never played football in the East, he became a starter as a sophomore, playing end. In his junior and senior year, he played fullback and linebacker, earning all-state honors in his senior year. Heavily recruited by out-state universities, he selected Missouri and began a tradition of St. Louis area football players attending their home-state university under Coach Dan Devine.

After playing for the Steelers his rookie season in 1963 and just missing out on playing the Chicago Bears for the NFL Championship, Russell temporarily left the team for the Army to fulfill ROTC commitments from Missouri. He was stationed in Germany for two years, achieving the rank of second lieutenant, and serving as an aide to a three-star general. He then returned to the Steelers in 1966, where he would spend the next 11 seasons.

He was an early member of Pittsburgh's famed Steel Curtain defense, and was named the Steelers' MVP in 1971. He made seven Pro Bowl appearances—in 1969 and from 1971 through 1976—and earned two Super Bowl rings in Super Bowl IX and Super Bowl X. On December 27, 1975 he set the NFL playoff record for a returned touchdown—93 yards in a Three Rivers Stadium victory over the Baltimore Colts. Some have claimed it as the longest football play from scrimmage in time duration.

Coming from a business oriented family (his father was a senior executive with Monsanto Company), Russell has had great success off the field as a partner of Laurel Mountain in Pittsburgh, involved in municipal finance and investment banking.

Russell is the author of two books, A Steeler Odyssey and An Odd Steelers Journey)