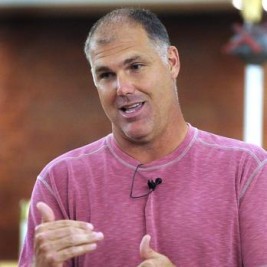 Businesses, Non-profit organizations, event planners and companies across the country have worked closely with our booking agents to hire Andy Benes for a speaking engagements, guest appearances, product endorsements and corporate events. Many of those same clients have continued to turn to our speakers bureau as we can easily align Andy Benes’s availability with their upcoming seminar, gala, annual conference, corporate function, and grand opening. Our close relationship with Andy Benes’s booking agent and management team further enables us to provide inquiring clients with Andy Benes’s speaking fee and appearance cost.

If your goal is to hire Andy Benes to be your next keynote speaker or to be the next brand ambassador our celebrity speakers bureau can assist. If Andy Benes’s booking fee is outside your companies budget or your unable to align with his appearance availability, our booking agents can provide you a list of talent that aligns with your event theme, budget and event date.

Andy Benes is a former MLB pitcher who played for four teams: the San Diego Padres in which he is the current all-time strikeout leader for the team, the Seattle Mariners, the St. Louis Cardinals and the Arizona Diamondbacks in a fourteen year career from 1989 to 2002.

Benes was the first person selected in the 1988 MLB Draft after playing college baseball at the University of Evansville. Benes was an All-Star in 1993 after a 15-15 season with the Padres and led the Majors in losses with 14 and in strikeouts with 189 the next season. Benes finished third in the Cy Young Award balloting in 1996 after a 18-10, 3.83 Earned Run Average season. Benes is also one of the first players in Arizona Diamondbacks history when he signed as a free agent prior to the 1998 season.

In a 2004 column for The Sporting News, pitcher Todd Jones wrote that Benes had a habit of gritting his teeth when preparing to throw a slider, a sign that some hitters exploited.