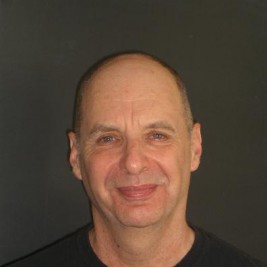 Businesses, Non-profit organizations, event planners and companies across the country have worked closely with our booking agents to hire Andrew Hodges for a speaking engagements, guest appearances, product endorsements and corporate events. Many of those same clients have continued to turn to our speakers bureau as we can easily align Andrew Hodges’s availability with their upcoming seminar, gala, annual conference, corporate function, and grand opening. Our close relationship with Andrew Hodges’s booking agent and management team further enables us to provide inquiring clients with Andrew Hodges’s speaking fee and appearance cost.

If your goal is to hire Andrew Hodges to be your next keynote speaker or to be the next brand ambassador our celebrity speakers bureau can assist. If Andrew Hodges’s booking fee is outside your companies budget or your unable to align with his appearance availability, our booking agents can provide you a list of talent that aligns with your event theme, budget and event date.

Andrew Hodges is a British mathematician and author.

Hodges was born in London, England. Since the early 1970s, Hodges has worked on twistor theory, which is the approach to the problems of fundamental physics pioneered by Roger Penrose. He was also involved in the gay liberation movement during this time.

Hodges is best known as the author of Alan Turing: The Enigma, the story of the British computer pioneer and codebreaker Alan Turing. The book was critically acclaimed when it was published in 1983, with Donald Michie in New Scientist calling it "marvellous and faithful". In June 2002, it was chosen by Michael Holroyd for inclusion in a list of 50 'essential' books (available in print at the time) in The Guardian.

Alan Turing: The Enigma formed the basis of Hugh Whitemore's 1986 stageplay Breaking the Code, which was adapted by for Television in 1996, with Derek Jacobi as Turing. The book was later made into the 2014 film The Imitation Game directed by Morten Tyldum, starring Benedict Cumberbatch as Alan Turing. The script for The Imitation Game won Graham Moore an Oscar for Best Adapted Screenplay at the 87th Academy Awards in 2015.

Hodges is also the author of works that popularise science and mathematics.

He is a Tutorial Fellow in mathematics at Wadham College, Oxford University. Having taught at Wadham since 1986, Hodges was elected a Fellow in 2007, and was appointed Dean from start of the 2011/2012 academic year.