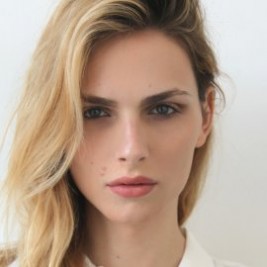 Businesses, Non-profit organizations, event planners and companies across the country have worked closely with our booking agents to hire Andreja Pejic for a speaking engagements, guest appearances, product endorsements and corporate events. Many of those same clients have continued to turn to our speakers bureau as we can easily align Andreja Pejic’s availability with their upcoming seminar, gala, annual conference, corporate function, and grand opening. Our close relationship with Andreja Pejic’s booking agent and management team further enables us to provide inquiring clients with Andreja Pejic’s speaking fee and appearance cost.

If your goal is to hire Andreja Pejic to be your next keynote speaker or to be the next brand ambassador our celebrity speakers bureau can assist. If Andreja Pejic’s booking fee is outside your companies budget or your unable to align with his appearance availability, our booking agents can provide you a list of talent that aligns with your event theme, budget and event date.

Andreja Pejić is an Australian model of Bosnian Croat and Bosnian Serb ethnicity. Pejić is a transgender woman, who until 2014 was billed as an "androgynous" male model, self-described as living "in between genders."

It has been reported that Pejić was scouted as a model just before turning 17 while working at McDonald's, but she has also referenced being scouted at a swimming pool whilst still in high school in Melbourne.

Pejić is notable for modeling both masculine and feminine clothing. In the Paris fashion shows of January 2011, Pejić walked both the men's and women's shows for Jean-Paul Gaultier and the men's shows for Marc Jacobs. In May 2011, her magazine cover for the New York-based magazine Dossier Journal—in which Pejić is pictured taking off a white shirt with long blond locks in curlers—was ruled too risqué by US bookstores Barnes & Noble and Borders, which covered the image with an opaque sleeve. Concerns were expressed that customers would read Pejić as a topless woman.

At the Stylenite in July 2011, Pejić appeared on the catwalk both in masculine and feminine clothes from Michalsky. The following year, she stunned audiences by wearing bridal creations by Spanish designer Rosa Clara at Barcelona’s Bridal Week 2013.

In 2011 Pejić ranked No. 18 on the models.com Top 50 Male Models list, was named one of Out's Most Compelling People, and was ranked No. 98 in FHM magazine's 100 Sexiest Women in the World 2011— an award that was criticized for its hostile tone to transgender individuals, especially transgender women.

Pejić appeared as a guest judge on Britain & Ireland's Next Top Model. In 2013, Pejić appeared alongside Iselin Steiro, Saskia de Brauw, Tilda Swinton and David Bowie in the video for Bowie's 2013 single "The Stars (Are Out Tonight)."

In early 2014, Pejić underwent sex reassignment surgery. In July, she spoke about her transgender identity.