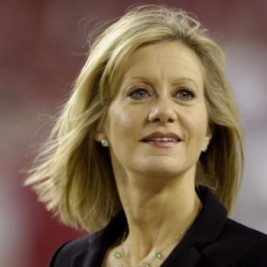 Businesses, Non-profit organizations, event planners and companies across the country have worked closely with our booking agents to hire Andrea Kremer for a speaking engagements, guest appearances, product endorsements and corporate events. Many of those same clients have continued to turn to our speakers bureau as we can easily align Andrea Kremer’s availability with their upcoming seminar, gala, annual conference, corporate function, and grand opening. Our close relationship with Andrea Kremer’s booking agent and management team further enables us to provide inquiring clients with Andrea Kremer’s speaking fee and appearance cost.

If your goal is to hire Andrea Kremer to be your next keynote speaker or to be the next brand ambassador our celebrity speakers bureau can assist. If Andrea Kremer’s booking fee is outside your companies budget or your unable to align with his appearance availability, our booking agents can provide you a list of talent that aligns with your event theme, budget and event date.

Andrea Kremer was born February 25, 1959 and is a sportscaster and currently works as the sideline reporter for NBC Sunday Night Football. She was previously a reporter for ESPN's SportsCenter. She resides in Marblehead, Massachusetts.

In 1982, Kremer began her sports journalism career as the sports editor of the Main Line Chronicle in Ardmore, Pennsylvania. In 1984, she joined NFL Films as a producer/director and on-air reporter for the show This Is the NFL. Kremer also served as a contributing reporter to the Philadelphia Eagles pre-game show on WIP-AM in Philadelphia.

In April 2006, Kremer joined NBC Sports as a sideline and features reporter for NBC Sunday Night Football, as well as a Today special correspondent. Kremer has been critical of efforts to minimize side line reporting during games. She also served as poolside reporter for NBC's coverage of the 2008 Summer Olympics swimming events. Beginning in May 2007 she became a contributing reporter to HBO's Real Sports.