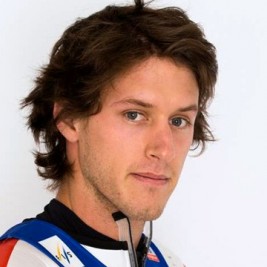 Businesses, Non-profit organizations, event planners and companies across the country have worked closely with our booking agents to hire Anders Johnson for a speaking engagements, guest appearances, product endorsements and corporate events. Many of those same clients have continued to turn to our speakers bureau as we can easily align Anders Johnson’s availability with their upcoming seminar, gala, annual conference, corporate function, and grand opening. Our close relationship with Anders Johnson’s booking agent and management team further enables us to provide inquiring clients with Anders Johnson’s speaking fee and appearance cost.

If your goal is to hire Anders Johnson to be your next keynote speaker or to be the next brand ambassador our celebrity speakers bureau can assist. If Anders Johnson’s booking fee is outside your companies budget or your unable to align with his appearance availability, our booking agents can provide you a list of talent that aligns with your event theme, budget and event date.

Born on April 23, 1989 in Plattsburgh, New York, Anders Johnson is an American ski jumper. He began competing in his career since the year 2002. In his early years, he started jumping at the age of three in Lake Placid. He had attended The Winter Sports School in Park City and graduated in the year 2006. He was 16 years old then when he made his first Olympic team. He became a member of seven USA World Junior Teams and won the US National jumping titles in the year 2008 as well as in 2009. His first World Cup event came at Bischofshofen AUT in 2009. His last jumped for the U.S. was in Turin during the2006 Winter Olympics. He competed in two Winter Olympics and earned his best finish of 11th in the team in Vancouver the year 2010. He also finished 49th in the individual normal hill, 40th in the individual large hill event and 48th in the individual normal hill event at the FIS Nordic World Ski Championships 2009 held at Liberec. His best World Cup finish was 29th in the individual large hill event at Whistler Olympic Park in January 2009. His great success was in the year 2012 at the famed FIS Cup event at Brattleboro's Harris Hill, by taking a pair of wins. Their team was selected by US Ski and Snowboard Association president Bill Marolt and VISA. The three selections were judged based on current World Cup results.