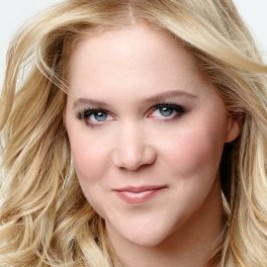 Businesses, Non-profit organizations, event planners and companies across the country have worked closely with our booking agents to hire Amy Schumer for a speaking engagements, guest appearances, product endorsements and corporate events. Many of those same clients have continued to turn to our speakers bureau as we can easily align Amy Schumer’s availability with their upcoming seminar, gala, annual conference, corporate function, and grand opening. Our close relationship with Amy Schumer’s booking agent and management team further enables us to provide inquiring clients with Amy Schumer’s speaking fee and appearance cost.

If your goal is to hire Amy Schumer to be your next keynote speaker or to be the next brand ambassador our celebrity speakers bureau can assist. If Amy Schumer’s booking fee is outside your companies budget or your unable to align with his appearance availability, our booking agents can provide you a list of talent that aligns with your event theme, budget and event date.

Amy Schumer is quickly becoming the hottest star in the world of comedy, with her blend of wholesome, girl-next-door looks and edgy comedy. Amy is the creator, star and writer of "Inside Amy," her Comedy Central television which premiered in April 2013. Amy is coming off her one-hour stand-up special, "Mostly Sex Stuff," which became Comedy Central's second-highest rated special this year. She was one of the featured comedians on Comedy Central's "Roast of Roseanne," following her breakout performance on the 2011 "Roast of Charlie Sheen." Amy was most recently on "Louie" and in Season 2 of HBO's "Girls."

Schumer has appeared on "The Howard Stern Show," "Jimmy Kimmel Live," "Conan," and "Late Night with Jimmy Fallon." She was featured in Rolling Stone Magazine, The New York Times, Wall Street Journal and as one of Entertainment Weekly and Los Angeles Times' "13 Faces to Watch in 2013."

She had a recurring role on Season 3 of Adult Swim's "Delocated" and guest starred in the latest season of "Curb Your Enthusiasm." In 2011 she filmed the feature "Seeking a Friend for the End of the World" starring Steve Carell and Kiera Knightley and "Price Check," an independent feature opposite Parker Posey, which premiered at the 2012 Sundance Film Festival. Her album "Cutting" placed in the top 5 of the Billboard Charts and has been included on multiple Best Comedy Albums of the Year awards' lists.

Her network debut came in 2007 when she starred on NBC's "Last Comic Standing" and soon after co-starred on "30 Rock," and her own Comedy Central Presents special. She co-hosted "Hoppus on Music" with Mark Hoppus of Blink 182 on Fuse and this summer made her fourth appearance at the Montreal Comedy Festival. Most recently, Schumer has written and starred in the new comedy film, "Trainwreck."