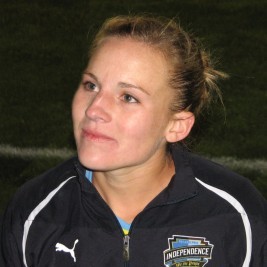 Businesses, Non-profit organizations, event planners and companies across the country have worked closely with our booking agents to hire Amy Rodriguez for a speaking engagements, guest appearances, product endorsements and corporate events. Many of those same clients have continued to turn to our speakers bureau as we can easily align Amy Rodriguez’s availability with their upcoming seminar, gala, annual conference, corporate function, and grand opening. Our close relationship with Amy Rodriguez’s booking agent and management team further enables us to provide inquiring clients with Amy Rodriguez’s speaking fee and appearance cost.

If your goal is to hire Amy Rodriguez to be your next keynote speaker or to be the next brand ambassador our celebrity speakers bureau can assist. If Amy Rodriguez’s booking fee is outside your companies budget or your unable to align with his appearance availability, our booking agents can provide you a list of talent that aligns with your event theme, budget and event date.

Amy Rodriguez was born February 17, 1987 in Beverly Hills, California and is an American soccer forward currently playing for Philadelphia Independence of Women's Professional Soccer and is a member of the United States women's national soccer team.

Rodriguez signed to play with West Coast FC of Women's Premier Soccer League in 2008. However, an injury to Abby Wambach propelled Rodriguez to the United States Women's National Team to compete at the 2008 Summer Olympics. She never appeared for West Coast FC.

Upon her return, the new top-tier women's soccer league in the United States, Women's Professional Soccer, made Rodriguez the first overall pick in the 2009 WPS Draft. Her playing rights were assigned to Boston Breakers. In the inaugural 2009 Women's Professional Soccer season, Rodriguez appeared in 17 matches (11 starts, 982 minutes) and scored 1 goal. At the conclusion of the season, it was announced on 29 September 2009 that Rodriguez had been traded to expansion team Philadelphia Independence with Boston's first round selection in the 2010 WPS Draft for Philadelphia's first two selections in the 2010 WPS Draft. With Philadelphia, she was named the WPS Player of the Month for June 2010.

Rodriguez's first appearance for the United States Women's National Team came on 11 March 2005 against Finland in the 2005 Algarve Cup. By the spring of 2008, she had become a regular at forward and started four of five games at the 2008 Summer Olympics, where she scored against New Zealand. Rodriguez had appeared in 18 senior team matches going into the Olympics. Rodriguez provided the assist on Carli Lloyd's game winning goal in the first period of extra time in the Gold medal match to clinch the title.