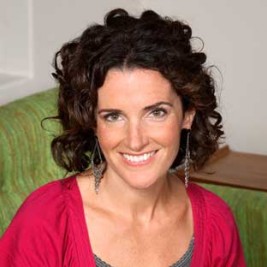 Businesses, Non-profit organizations, event planners and companies across the country have worked closely with our booking agents to hire Amy Finley for a speaking engagements, guest appearances, product endorsements and corporate events. Many of those same clients have continued to turn to our speakers bureau as we can easily align Amy Finley’s availability with their upcoming seminar, gala, annual conference, corporate function, and grand opening. Our close relationship with Amy Finley’s booking agent and management team further enables us to provide inquiring clients with Amy Finley’s speaking fee and appearance cost.

If your goal is to hire Amy Finley to be your next keynote speaker or to be the next brand ambassador our celebrity speakers bureau can assist. If Amy Finley’s booking fee is outside your companies budget or your unable to align with his appearance availability, our booking agents can provide you a list of talent that aligns with your event theme, budget and event date.

Amy Finley was born 1973 in San Diego, California and is a cook and writer who was the winner of the third season of The Next Food Network Star and was thus awarded a commitment to host a cooking show on the Food Network. Her program, The Gourmet Next Door, premiered on October 14, 2007 and aired for six episodes before Finley, citing a family crisis, controversially cancelled further episodes and moved with her husband and children to a rural farm in Burgundy, France, an episode she chronicles in a memoir to be released by Random House in April 2011 titled How to Eat a Small Country. Finley was the winner of the third season of The Next Food Network Star. She originally attempted to remove herself from the competition following a disastrous five-minute cooking demonstration in Week 5, but was rebuffed by the judges. She was eliminated in Week 7, but after Josh "JAG" Garcia withdrew from the competition for lying about his culinary and military background, Amy was reinstated for the finale in his place, and she was voted the winner over runner-up Rory Schepisi making her the first female contestant to win in this show. The Gourmet Next Door was named after the theme she adopted through the competition, demonstrating the ease of cooking like a gourmet chef at home. The show aired from October 14 to December 23, 2007, for a total of six episodes, after which it was quietly replaced in its timeslot with reruns of Guy's Big Bite. Following months of speculation, Finley revealed in May 2008 that she had voluntarily turned down the opportunity to return for a second season, citing the stress of the obligations of being a television personality. She resided in Burgundy, France with her family before they returned to San Diego. In 2012, Finley appeared on an episode of Chopped featuring past Food Network Star winners Aarti Sequeira, Melissa d'Arabian, and Jeff Mauro. She was eliminated after the second round.