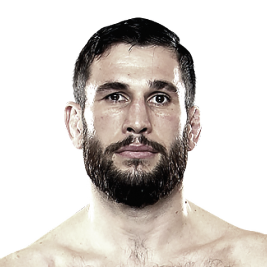 Businesses, Non-profit organizations, event planners and companies across the country have worked closely with our booking agents to hire Amir Sadollah for a speaking engagements, guest appearances, product endorsements and corporate events. Many of those same clients have continued to turn to our speakers bureau as we can easily align Amir Sadollah’s availability with their upcoming seminar, gala, annual conference, corporate function, and grand opening. Our close relationship with Amir Sadollah’s booking agent and management team further enables us to provide inquiring clients with Amir Sadollah’s speaking fee and appearance cost.

If your goal is to hire Amir Sadollah to be your next keynote speaker or to be the next brand ambassador our celebrity speakers bureau can assist. If Amir Sadollah’s booking fee is outside your companies budget or your unable to align with his appearance availability, our booking agents can provide you a list of talent that aligns with your event theme, budget and event date.

Amir Sadollah was born August 27, 1980 in Brooklyn, New York and is an Iranian-American professional mixed martial arts (MMA) fighter. He was the winner of SpikeTV's The Ultimate Fighter 7.

On the season finale of TUF 7, Amir earned a victory over C.B. Dollaway with a flying armbar in the first round,winning him submission of the night honors, securing his title of The Ultimate Fighter and providing him with a six-figure UFC contract.

Sadollah's second UFC fight was scheduled to be against Nick Catone at UFC 91. However, due to a leg infection, Sadollah withdrew from the match. A replacement for Sadollah could not be found so the match was scrubbed from the card. The match was rescheduled for February 7, 2009 at UFC Fight Night 17. On January 23, Sadollah was, again, forced to withdraw from the fight, this time due to a broken clavicle.

Sadollah made his post-Ultimate Fighter Debut at UFC 101 on August 8, 2009 in Philadelphia (at the Wachovia Center) against Johny Hendricks. The fight ended in a controversial stoppage where many believe it was stopped too early. Sadollah was stopped at 29 seconds of the first round after receiving a flurry of punches that ultimately knocked him down. He was finished with several punches to the back of the head. A large reason for the controversy is that, in slow motion, Sadollah can be seen setting his hand down and beginning to get up as the referee stops the match.