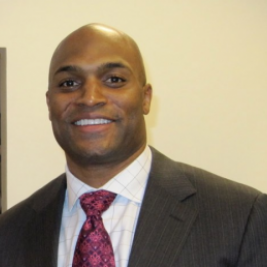 Businesses, Non-profit organizations, event planners and companies across the country have worked closely with our booking agents to hire Amani Toomer for a speaking engagements, guest appearances, product endorsements and corporate events. Many of those same clients have continued to turn to our speakers bureau as we can easily align Amani Toomer’s availability with their upcoming seminar, gala, annual conference, corporate function, and grand opening. Our close relationship with Amani Toomer’s booking agent and management team further enables us to provide inquiring clients with Amani Toomer’s speaking fee and appearance cost.

If your goal is to hire Amani Toomer to be your next keynote speaker or to be the next brand ambassador our celebrity speakers bureau can assist. If Amani Toomer’s booking fee is outside your companies budget or your unable to align with his appearance availability, our booking agents can provide you a list of talent that aligns with your event theme, budget and event date.

Veteran wide receiver for the New York Giants, Amani Toomer was born September 8, 1974 in Berkeley, California. He is the franchise's all-time leader in career receptions. As of 2008, he is the last remaining Giant to be on their active roster that was a part of their Super Bowl XXXV season in 2000. Toomer was drafted in the second round (34th overall) of the 1996 NFL Draft by the Giants.

Toomer finally became a starting wide receiver for the 1999 NFL season, and ended up setting the team record for receptions in a season (79). He and Ike Hilliard combined to become the first Giants duo to post over 2,100 receiving yards. His six touchdowns led the team, and his 1,183 yards were the second highest in team history behind Homer Jones. The following season, he came one short of tying his own record for receptions, and increased his touchdown total to seven. His 72 catches in the 2001 NFL season made him the first Giants wideout with three consecutive 70-reception seasons. He broke several Giants records in 2002, when he caught 82 passes for 1,343 yards and eight touchdowns; the eight touchdowns set a career-high, while the passes and receiving yards were new team records. His 204 yards against the Indianapolis Colts were the highest total for any wide receiver for a 60-minute game (two players had higher receiving totals, but both of those games went to overtime). In 2003, Toomer surpassed Frank Gifford as the team's all-time leading receiving yardage leader, and finished the season with 6,366 yards. His 418 catches were also second all-time to teammate Tiki Barber. The 2004 NFL season marked the first time he did not score a touchdown since his rookie year, although he did finish the season with 51 catches for 747 yards, the sixth consecutive season he topped 50 catches and 700 yards. He entered the 2005 season in sole possession of the Giants' yardage record.