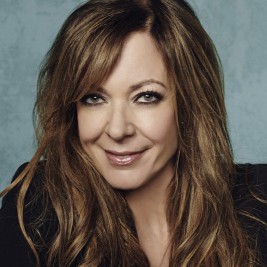 Businesses, Non-profit organizations, event planners and companies across the country have worked closely with our booking agents to hire Allison Janney for a speaking engagements, guest appearances, product endorsements and corporate events. Many of those same clients have continued to turn to our speakers bureau as we can easily align Allison Janney’s availability with their upcoming seminar, gala, annual conference, corporate function, and grand opening. Our close relationship with Allison Janney’s booking agent and management team further enables us to provide inquiring clients with Allison Janney’s speaking fee and appearance cost.

If your goal is to hire Allison Janney to be your next keynote speaker or to be the next brand ambassador our celebrity speakers bureau can assist. If Allison Janney’s booking fee is outside your companies budget or your unable to align with his appearance availability, our booking agents can provide you a list of talent that aligns with your event theme, budget and event date.

Janney's career began to blossom in the mid-90s, when she won roles in several films, including "The Cowboy Way" and "Wolf", was featured in the Off-Broadway play "Fat Men in Skirts." Allison Janney also landed a recurring role as a wisecracking maid on the "Guiding Light."

After small roles in 1997's "The Ice Storm" and "Julian Po," Janney returned to the stage in triumph where she earned a Tony nomination for her turn as a longshoreman's wife in Arthur Miller's "A View From the Bridge". She was also seen to good effect as in "The Object of My Affection" and as a con woman in "The Imposters."

In 1998, she had a scene-stealing role as the trashy best friend of a Midwestern stage mother in the comedy "Drop Dead Gorgeous" and had similarly memorable turns in "10 Things I Hate About You" and "American Beauty" in 1999), playing a guidance counselor with romance novelist aspirations in the former and a chronically depressed middle-aged wife of a tyrannical husband in the latter.

Janney made her primetime series regular debut with a starring turn on the popular and critically lauded NBC political drama "The West Wing," where she portrayed Press Secretary C J Gregg. The smart and feisty, yet vulnerable character seemed tailor-made for the Janney, who won critical kudos in the series' impressive premiere season. Janney would take home the Emmy for Outstanding Supporting Actress in a Drama Series in 2000 and 2001, then in an upgrade snared the trophies for Outstanding Lead Actress in a Drama Series in 2002 and 2004.