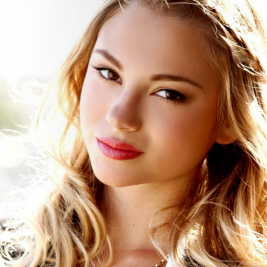 Businesses, Non-profit organizations, event planners and companies across the country have worked closely with our booking agents to hire Allie Gonino for a speaking engagements, guest appearances, product endorsements and corporate events. Many of those same clients have continued to turn to our speakers bureau as we can easily align Allie Gonino’s availability with their upcoming seminar, gala, annual conference, corporate function, and grand opening. Our close relationship with Allie Gonino’s booking agent and management team further enables us to provide inquiring clients with Allie Gonino’s speaking fee and appearance cost.

If your goal is to hire Allie Gonino to be your next keynote speaker or to be the next brand ambassador our celebrity speakers bureau can assist. If Allie Gonino’s booking fee is outside your companies budget or your unable to align with his appearance availability, our booking agents can provide you a list of talent that aligns with your event theme, budget and event date.

Alyssa Jean "Allie" Gonino (born March 30, 1990) is an American actress and singer. She is best known for regular role as Laurel Mercer on The Lying Game and her recurring role as Michelle on 10 Things I Hate About You, both ABC Family series. Gonino was also member of the American girl group The Stunners. In 2007, Gonino joined the girl group The Stunners which was formed by recording artist Vitamin C. In summer 2010, after the release of their first single "Dancin' Around the Truth" featuring the New Boyz, The Stunners embarked on a 20 date venture as the opening act for Justin Bieber on My World Tour. The group has since disbanded. Gonino is currently in the band The Good Mad, who were featured in The Lying Game, in which Gonino also stars.Gonino was also featured in a 2011 Boys Like Girls music video as the female lead for "Be Your Everything." As an actress, Gonino has guest starred in the television series Unfabulous, Cory in the House, The Suite Life on Deck, Lie to Me and had a recurring role as Michelle in the ABC Family series 10 Things I Hate About You. She currently co-stars as Laurel Mercer in the series The Lying Game.