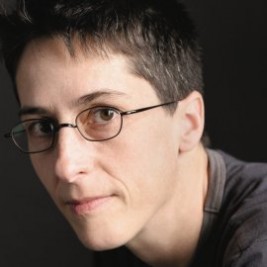 Businesses, Non-profit organizations, event planners and companies across the country have worked closely with our booking agents to hire Alison Bechdel for a speaking engagements, guest appearances, product endorsements and corporate events. Many of those same clients have continued to turn to our speakers bureau as we can easily align Alison Bechdel’s availability with their upcoming seminar, gala, annual conference, corporate function, and grand opening. Our close relationship with Alison Bechdel’s booking agent and management team further enables us to provide inquiring clients with Alison Bechdel’s speaking fee and appearance cost.

If your goal is to hire Alison Bechdel to be your next keynote speaker or to be the next brand ambassador our celebrity speakers bureau can assist. If Alison Bechdel’s booking fee is outside your companies budget or your unable to align with his appearance availability, our booking agents can provide you a list of talent that aligns with your event theme, budget and event date.

Alison Bechdel, author of the critically acclaimed Fun Home (called "one of the very best graphic novels ever" in Booklist) and of the syndicated comic strip Dykes to Watch Out For (DTWOF), has become a cultural institution for lesbians and discerning non-lesbians all over the planet. At the podium, Bechdel redefines race and gender roles while taking aim at some of the most controversial topics of the day.

Hailed by Ms. magazine as "one of the preeminent oeuvres in the comic genre, period," Bechdel's DTWOF is syndicated in over 50 alternative newspapers and publications, translated into many languages and collected into a book series with over 250,000 copies in print. Four of her books have won Lambda Awards for humor, and The Indelible Alison Bechdel won a Lambda Literary Award in the biography/autobiography category. She's also won two Vice Versa Awards for Excellence in the Gay and Lesbian Press. Bechdel's work has also appeared in Ms., The Village Voice, The Advocate, Out, Gay Comics, and many other comic books, 'zines, and anthologies. Fun Home is her first graphic novel.

Bechdel's work has become a countercultural institution. "Hers are thinkers' comics," writes Harvey Pekar, "full of the stuff that classics like Gasoline Alley and Doonesbury are made of." Bechdel's work appeared recently alongside Aaron McGruder's Boondocks and David Rees' Get Your War On in Attitude 2: The New Subversive Alternative Cartoonists (NBM, 2004). Four of her books have won Lambda Literary Awards for Humor, and The Indelible Alison Bechdel won a Lambda Literary Award in the biography/autobiography category. Utne magazine has listed DTWOF as "one of the greatest hits of the Twentieth Century."

In addition to her comic strip, Bechdel has also done exclusive work for a slew of publications including Ms., Slate, The Village Voice, The Advocate, Out, and many other newspapers, web sites, comic books, and 'zines. Her work has been widely anthologized and translated.

She lives near Burlington, Vermont.