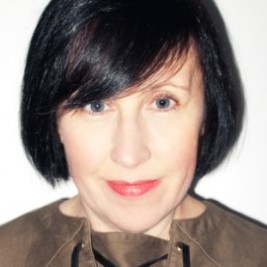 If your goal is to hire Alice Rawsthorn to be your next keynote speaker or to be the next brand ambassador our celebrity speakers bureau can assist. If Alice Rawsthorn’s booking fee is outside your companies budget or your unable to align with his appearance availability, our booking agents can provide you a list of talent that aligns with your event theme, budget and event date.

Alice Rawsthorn writes about design in the International New York Times, which syndicates her articles worldwide. She is also a columnist for Frieze magazine and an author, whose latest book, the critically acclaimed "Hello World: Where Design Meets Life", explores design's influence on our lives: past, present and future.

An influential public speaker on design, Alice has participated in important events including TED and the annual meetings of the World Economic Forum in Davos, Switzerland. Based in London, she is chair of trustees at Chisenhale Gallery and the contemporary dance group Michael Clark Company, and a trustee of the Whitechapel Gallery. Alice was awarded an OBE in 2014 for services to design and the arts.

Born in Manchester, Alice graduated in art history from Cambridge University. From 1985 to 2001, she was an award-winning journalist for the Financial Times, working as a foreign correspondent in Paris and pioneering the FT's coverage of the creative industries. Alice was director of the Design Museum in London from 2001 until 2006, when she became design critic of the global edition of the New York Times.

An honorary senior fellow of the Royal College of Art with an honorary doctorate from the University of the Arts, Alice has served on many cultural juries including the Turner Prize for contemporary art, Stirling Prize for architecture, PEN History Book Prize, Aga Khan Award for Architecture, Buckminster Fuller Challenge and the BAFTA film and television awards. A judge of the 2015 Museum of the Year prize and a member of the Bank of England's Character Advisory Committee for the new £20 note, she is a founding member of Writers at Liberty, a group of writers who are committed to supporting the human rights charity Liberty.

A trustee of Arts Council England from 2007 to 2013, Alice was previously ACE’s lead advisor on the visual arts and chair of the Turning Point review of the contemporary visual arts, which led to a record increase in public funding. She is a past chair of the British Council’s Design Advisory Group, and a former member of the Design Council and the World Economic Forum's Global Agenda Council on Design.

As well as contributing essays to a number of books on design and contemporary culture, Alice is the author of an acclaimed biography of the fashion designer Yves Saint Laurent. Her latest book "Hello World", described by the curator Hans Ulrich Obrist as "panoramic in scope, passionately argued and highly addictive to read", is published in the UK by Hamish Hamilton and in multiple foreign language editions.