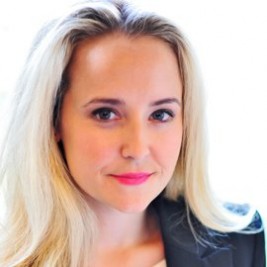 If your goal is to hire Alexa Von Tobel to be your next keynote speaker or to be the next brand ambassador our celebrity speakers bureau can assist. If Alexa Von Tobel’s booking fee is outside your companies budget or your unable to align with his appearance availability, our booking agents can provide you a list of talent that aligns with your event theme, budget and event date.

Alexa von Tobel is the founder and CEO of LearnVest.com, the leading personal finance and lifestyle website for women. Alexa developed the idea for LearnVest in 2006, during her senior year at Harvard College when she realized she, and most of her peers, had never had any formal education on how to effectively manage their finances. Alexa searched for reliable financial guidance and consistently came up overwhelmed or disappointed. Thus, the LearnVest mission was born – to make trusted personal financial information accessible to millions of women across the country.

To date, LearnVest has helped over 1 million women gain control of their finances.

After receiving her degree in Psychology at Harvard College, Alexa worked as a trader at Morgan Stanley on their Proprietary Trading Desk before leaving to be the Head of Business Development at Drop.io, a venture backed start-up in NYC. She enrolled in Harvard Business School in the Fall of 2008 only to take a leave of absence shortly after to launch LearnVest and pursue her dream of bringing financial literacy to millions of women everywhere.

In just under five months after leaving HBS, Alexa raised $1.1 million of seed funding from Angel investors. Less than a year later, in April 2010, Alexa closed a Series A round of funding totaling $4.5 million from Accel Partners, the venture firm responsible for backing Facebook, Groupon and more. In July 2011, Alexa went on to close a $19 million Series B round of funding including Accel Partners, two new financial investors, and original investors.

Alexa has been included on Vanity Fair's 2011 Next Establishment list, featured on Business Insider's 2010 and 2011 Silicon Alley 100 lists, named "One of the Coolest Young Entrepreneurs" in Inc. Magazine's 30 Under 30 feature, titled a "Woman to Watch" by Forbes and included on the publication's 30 Under 30 list, highlighted on BusinessWeek's annual list of "Best Young Tech Entrepreneurs," listed as one of "18 Women Changing the World" in Marie Claire, selected as a 2011 Young Global Leader by the World Economic Forum, recognized as one of 2011's "Game Changers of the Year" by AWNY (Advertising Women of New York) and named to the Ernst & Young Entrepreneurial Winning Women Class of 2011.

LearnVest has been named one of "25 Women-Run Startups to Watch" by Fast Company, included on Forbes' list of the "Top 100 Websites for Women" for the second year in a row, featured on Business Insider's Digital 100 list and included on Time Magazine's annual list of "50 Best Websites."

In addition to LearnVest, Alexa is the co-founder of L.W.A.L.A. (www.lwala.org) a 501c3 focused on fighting HIV/AIDS in Africa.

Her new book, FINANCIALLY FEARLESS: THE LEARNVEST PROGRAM FOR TAKING CONTROL OF YOUR MONEY (Jan 2014) throws away all your old notions of what financial advice should look like. You'll walk away with a financial game plan tailored to your priorities, your hopes and dreams, and your lifestyle. You'll also learn how to integrate your financial plan into your mobile, social, digital life.

Like your own personal financial planner between two covers, this book will set you up for a secure, worry-free money future, without having to give up things you love.