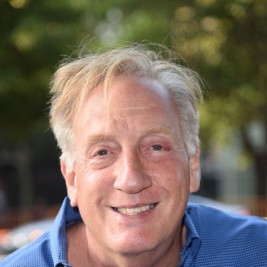 Businesses, Non-profit organizations, event planners and companies across the country have worked closely with our booking agents to hire Alan Zweibel for a speaking engagements, guest appearances, product endorsements and corporate events. Many of those same clients have continued to turn to our speakers bureau as we can easily align Alan Zweibel’s availability with their upcoming seminar, gala, annual conference, corporate function, and grand opening. Our close relationship with Alan Zweibel’s booking agent and management team further enables us to provide inquiring clients with Alan Zweibel’s speaking fee and appearance cost.

If your goal is to hire Alan Zweibel to be your next keynote speaker or to be the next brand ambassador our celebrity speakers bureau can assist. If Alan Zweibel’s booking fee is outside your companies budget or your unable to align with his appearance availability, our booking agents can provide you a list of talent that aligns with your event theme, budget and event date.

Alan Zweibel is an American producer and writer who has worked on such productions as Saturday Night Live, PBS' Great Performances, and It's Garry Shandling's Show.

During his 5 years at Saturday Night Live (1975–1980), Zweibel wrote many memorable sketches, including the Samurai for John Belushi, and helped to create the characters of Roseanne Roseannadanna and Emily Litella, both portrayed by Gilda Radner. As an in-joke, Richard Feder of Fort Lee, New Jersey, a name and hometown often associated with the Roseannadanna character, was Zweibel's real life brother-in-law and did live in Fort Lee, New Jersey.

Zweibel's close friendship and collaboration with Gilda Radner extended beyond their tenure at Saturday Night Live – as her last television appearance was on an episode of It's Garry Shandling's Show which Zweibel co-created and produced. After Radner's death from ovarian cancer, Zweibel wrote a bestselling book about their relationship titled Bunny Bunny: Gilda Radner – a Sort of Love Story which he later adapted into an off-Broadway play.

Zweibel has won multiple Emmy, Writers Guild of America, and TV Critics awards for his work in television which also includes Curb Your Enthusiasm and an episode of Monk.

In addition to Bunny Bunny, Zweibel's other books include The Other Shulman – a novel that won the 2006 Thurber Prize for American Humor. His popular children's book, Our Tree Named Steve, was a Scholastic Book Club selection that has been translated into eleven languages, and his young adult novel, North, was made into a movie directed by Rob Reiner. A collection of short stories and essays, Clothing Optional, was published by Villard in 2008.

In 2011, Price World Publishing dusted off some stories Zweibel had written years ago into the eBook From the Bottom Drawer of: Alan Zweibel. Zweibel and Dave Barry collaborated to write the novel Lunatics which was published in January 2012.

His humor has appeared in such diverse publications as Esquire, The Atlantic Monthly, The New York Times Op-Ed Page, The Huffington Post, and Mad Magazine.

In the theater, Zweibel's work has appeared both on and off Broadway. On Broadway, he co-wrote Fame Becomes Me with Martin Short and collaborated with Billy Crystal on the Tony Award-winning production of 700 Sundays. Zweibel's off-Broadway shows include Between Cars, Comic Dialogue, Bunny Bunny, and Happy.

His film credits include Dragnet, The Story of Us, and North which so infuriated film critic Roger Ebert that he penned a now-famous review, one line of which later served as the title of Ebert's book, I Hated, Hated, Hated This Movie; Zweibel carries a clipping of the review in his wallet and reads it at public appearances to the delight of audiences.