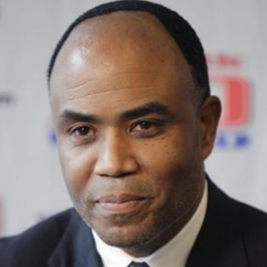 Businesses, Non-profit organizations, event planners and companies across the country have worked closely with our booking agents to hire Alan Major for a speaking engagements, guest appearances, product endorsements and corporate events. Many of those same clients have continued to turn to our speakers bureau as we can easily align Alan Major’s availability with their upcoming seminar, gala, annual conference, corporate function, and grand opening. Our close relationship with Alan Major’s booking agent and management team further enables us to provide inquiring clients with Alan Major’s speaking fee and appearance cost.

If your goal is to hire Alan Major to be your next keynote speaker or to be the next brand ambassador our celebrity speakers bureau can assist. If Alan Major’s booking fee is outside your companies budget or your unable to align with his appearance availability, our booking agents can provide you a list of talent that aligns with your event theme, budget and event date.

Alan Major was the head coach of the Charlotte 49ers men's basketball team. Before being named coach of the 49ers, Major spent nine years working with Thad Matta at Ohio State and Xavier universities. He is a 1992 graduate of Purdue. Major served as a student manager under Gene Keady during his undergraduate tenure at Purdue. After graduating in 1992, Major became an assistant coach at Cal Lutheran, a Div. III school, and then spent three years working under all-time Big West Conference wins leader Bob Thomason at University of the Pacific. He spent one season, 1998–1999, on the staff of fellow Purdue alumnus Bruce Weber before returning to Pacific. In 2001 he became an assistant coach at Xavier under Thad Matta. He followed Matta to Ohio State in 2004 where he worked as an assistant coach for six seasons. On April 12, 2010, he was named the head coach of Charlotte.