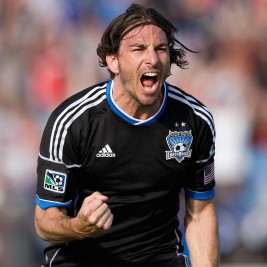 Businesses, Non-profit organizations, event planners and companies across the country have worked closely with our booking agents to hire Alan Gordon for a speaking engagements, guest appearances, product endorsements and corporate events. Many of those same clients have continued to turn to our speakers bureau as we can easily align Alan Gordon’s availability with their upcoming seminar, gala, annual conference, corporate function, and grand opening. Our close relationship with Alan Gordon’s booking agent and management team further enables us to provide inquiring clients with Alan Gordon’s speaking fee and appearance cost.

If your goal is to hire Alan Gordon to be your next keynote speaker or to be the next brand ambassador our celebrity speakers bureau can assist. If Alan Gordon’s booking fee is outside your companies budget or your unable to align with his appearance availability, our booking agents can provide you a list of talent that aligns with your event theme, budget and event date.

Alan Gordon was born October 16, 1981 and is an American professional soccer player who plays for LA Galaxy in Major League Soccer.

On March 15, 2015, Gordon started his first goal of the season against Portland Timbers in the 92nd minute, earning an away draw for the Galaxy. On April 12, Gordon scored the winner in the match against Seattle Sounders which ended in a 1–0 victory for the Galaxy. On 2 May, Gordon replaced Ignacio Maganto in the 72nd minute of the game against Colorado Rapids. Within minutes of coming onto the pitch, Gordon scored from a corner taken by Ishizaki, earning Galaxy a 1–1 draw.

At the start of the 2015 season, since the captain, Robbie Keane has been out of action due to international call-ups and injuries, Gordon has started 4 out of 9 games and out of the 9 games, he scored in 3 of them.

He was also called into the squad for the 2015 Gold Cup, after the USA advanced to the knockout rounds, replacing Jozy Altidore, who is still trying to recover from an injury. He came on as a late substitute for Aron Johannsson in the US's 2-1 loss the Jamaica in the semi finals, but failed to make an impact.