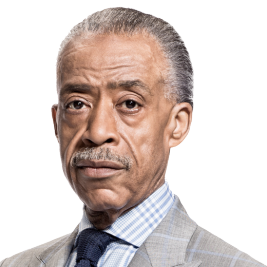 Businesses, Non-profit organizations, event planners and companies across the country have worked closely with our booking agents to hire Al Sharpton for a speaking engagements, guest appearances, product endorsements and corporate events. Many of those same clients have continued to turn to our speakers bureau as we can easily align Al Sharpton’s availability with their upcoming seminar, gala, annual conference, corporate function, and grand opening. Our close relationship with Al Sharpton’s booking agent and management team further enables us to provide inquiring clients with Al Sharpton’s speaking fee and appearance cost.

If your goal is to hire Al Sharpton to be your next keynote speaker or to be the next brand ambassador our celebrity speakers bureau can assist. If Al Sharpton’s booking fee is outside your companies budget or your unable to align with his appearance availability, our booking agents can provide you a list of talent that aligns with your event theme, budget and event date.

The Reverend Al Sharpton, one of the revolutionary leaders of the Civil Rights movement in America, has participated in social change and political organization almost his entire life.

Al Sharpton was ordained a minister at only 9 years old and founded the Youth Action Network in 1971 when he was 17 years old.  Sharpton formed The National Action Network in 1991 to fight for the rights of citizens and educate the community about voting, social policies, confronting racism, and supporting small businesses.

In 2001, Sharpton joined 180 activists in Puerto Rico to protest against the U.S. Navy's bombing exercises on Vieques island in an attempt to raise awareness of the hazards that faced the island's residents.

Al Sharpton continues to speak on issues of social and racial justice. Sharpton was a candidate for the 2004 Democratic Presidential nomination.