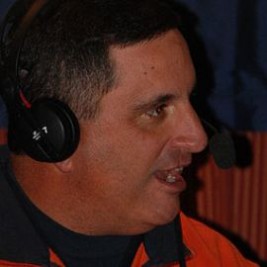 Businesses, Non-profit organizations, event planners and companies across the country have worked closely with our booking agents to hire Al Del Greco for a speaking engagements, guest appearances, product endorsements and corporate events. Many of those same clients have continued to turn to our speakers bureau as we can easily align Al Del Greco’s availability with their upcoming seminar, gala, annual conference, corporate function, and grand opening. Our close relationship with Al Del Greco’s booking agent and management team further enables us to provide inquiring clients with Al Del Greco’s speaking fee and appearance cost.

If your goal is to hire Al Del Greco to be your next keynote speaker or to be the next brand ambassador our celebrity speakers bureau can assist. If Al Del Greco’s booking fee is outside your companies budget or your unable to align with his appearance availability, our booking agents can provide you a list of talent that aligns with your event theme, budget and event date.

Del Greco was raised in Miami where he played different sports throughout the year. While attending a Catholic grade school, at the age of 14, his soccer team won a state title. While at Coral Gables High School, he was both a soccer and a football player before earning a scholarship from Auburn University. In his National Football League (NFL) career, which lasted seventeen years, he played for the Green Bay Packers, Arizona Cardinals, and Houston Oilers (later the Tennessee Titans) from 1984 to 2000. Del Greco played in some of the most famous games in NFL lore during his career, including The Comeback, the Music City Miracle, and The Tackle. Del Greco finished his 17 NFL seasons with 347 of 449 (77%) field goals and 551 of 554 (99%) extra points, giving him a total of 1,584 points. As of 2006, this ranks him #11 on the NFL's list of all time leading scorers. He was inducted in the Alabama Hall of Fame. A four-year letterman at Auburn, Del Greco completed 110 out of 111 PATs in his college career. He also set the SEC record for field goal attempts in a single game and field goals made in a single game in a 1982 game versus Kentucky where he made six out of his seven attempts. As of 2006, those 18 points still stand as a school record for most points scored by a kicker in a single game. His 236 career points place him fifth on the Auburn career scoring list.