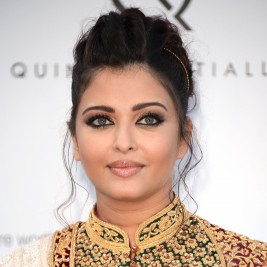 Businesses, Non-profit organizations, event planners and companies across the country have worked closely with our booking agents to hire Aishwarya Rai for a speaking engagements, guest appearances, product endorsements and corporate events. Many of those same clients have continued to turn to our speakers bureau as we can easily align Aishwarya Rai’s availability with their upcoming seminar, gala, annual conference, corporate function, and grand opening. Our close relationship with Aishwarya Rai’s booking agent and management team further enables us to provide inquiring clients with Aishwarya Rai’s speaking fee and appearance cost.

If your goal is to hire Aishwarya Rai to be your next keynote speaker or to be the next brand ambassador our celebrity speakers bureau can assist. If Aishwarya Rai’s booking fee is outside your companies budget or your unable to align with his appearance availability, our booking agents can provide you a list of talent that aligns with your event theme, budget and event date.

Aishwarya Rai was Miss World in1994, and in 2000 she was voted Most Beautiful Miss World of All Time. She has appeared on Oprah, The Early Show, 60 Minutes, and David Letterman.

Aishwarya Rai was born in Mangalore, in the South Indian state of Karnataka. Her father, Krishnaraj Rai is a marine engineer and her mother, Vrinda Rai is a writer. She has one brother, Aditya Rai who is a film producer and is three years older than her. Her brother has produced films in which she has acted.

Rai began modeling while attending college to become an architect. In the 1994 she competed in the Miss India contest, where she placed second, but went on to win the Miss World title that same year and also the Miss Photogenic award. After her one year reign as Miss World in London, she then worked as a professional model.

Rai has acted in numerous films. Since 2004 she has also been appearing in an increasing number of English language films.

In 2002, Rai appeared in Devdas, which was a huge hit. The film attracted overseas attention as well as receiving a special screening at the Cannes Film Festival..

In 2003 Rai was a member of the jury at Cannes. In 2004, she was chosen by TIME Magazine's Asian Edition as one of Asia's "100 Most Influential People." A wax figure of Rai is on display in London's Madame Tussaud's Wax Museum.

Rai has been described by others in the film industry as having traditional values and being a paragon of age-old, dutiful Indian femininity. As a practicing Hindu, she has described herself as having immense faith in its gods and when at home she attends the Siddhivinayak Mandir devoted to Lord Ganesh. When not traveling, Rai lives in Mumbai with her parents.