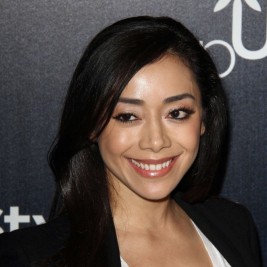 Businesses, Non-profit organizations, event planners and companies across the country have worked closely with our booking agents to hire Aimee Garcia for a speaking engagements, guest appearances, product endorsements and corporate events. Many of those same clients have continued to turn to our speakers bureau as we can easily align Aimee Garcia’s availability with their upcoming seminar, gala, annual conference, corporate function, and grand opening. Our close relationship with Aimee Garcia’s booking agent and management team further enables us to provide inquiring clients with Aimee Garcia’s speaking fee and appearance cost.

If your goal is to hire Aimee Garcia to be your next keynote speaker or to be the next brand ambassador our celebrity speakers bureau can assist. If Aimee Garcia’s booking fee is outside your companies budget or your unable to align with his appearance availability, our booking agents can provide you a list of talent that aligns with your event theme, budget and event date.

A Chicago native of Mexican and Puerto Rican descent, she made her professional stage debut at the age of seven in Paul Mejia's "Cinderella" at The Auditorium Theatre. By the age of twelve, she was dancing 20 shows a month as "Clara" in "The Nutcracker". She joined the Young People's Company, whose alumni include John Cusack,Joan Cusack, Jeremy Piven, Lili Taylor and Aidan Quinn. Aimee graduated from Northwestern University with a triple major in economics, journalism and French. While attending Northwestern University, she was put under a two-year contract with Paramount Television after Norman Lear hand-picked her to headline his pilot-in-development, The Chavez Family, and also played the lead role of "Diana Morales" in "A Chorus Line" for Broadway choreographer Mitzi Hamilton. After Northwestern, she developed a television career in Los Angeles with "Greetings from Tucson" (2002), and had continued success as Andy Garcia's daughter and George Lopez's niece, "Veronica Palmero" on "George Lopez" (2002). She is currently the only Latina in her generation to be on syndicated television. In 2007, she was nominated for an "Alma" and "Imagen" Award for "Best Supporting Actress in a Television Series". Aimee is currently starring in Peter Berg's new high-octane medical drama, "Trauma" (2009), on NBC.