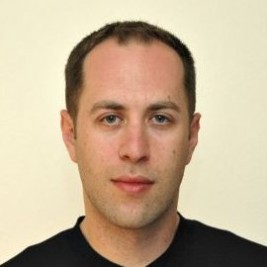 Businesses, Non-profit organizations, event planners and companies across the country have worked closely with our booking agents to hire Adam Mansbach for a speaking engagements, guest appearances, product endorsements and corporate events. Many of those same clients have continued to turn to our speakers bureau as we can easily align Adam Mansbach’s availability with their upcoming seminar, gala, annual conference, corporate function, and grand opening. Our close relationship with Adam Mansbach’s booking agent and management team further enables us to provide inquiring clients with Adam Mansbach’s speaking fee and appearance cost.

If your goal is to hire Adam Mansbach to be your next keynote speaker or to be the next brand ambassador our celebrity speakers bureau can assist. If Adam Mansbach’s booking fee is outside your companies budget or your unable to align with his appearance availability, our booking agents can provide you a list of talent that aligns with your event theme, budget and event date.

Adam Mansbach's most recent book, Go the Fuck to Sleep, is a #1 New York Times bestseller, and one of the most talked-about books of the decade. A viral sensation that shot to #1 on Amazon.com months before the book was even available, it has been published in more than thirty languages, and is forthcoming as a feature film from Fox 2000.

Mansbach's last novel, The End of the Jews, won the 2008 California Book Award and was long-listed for the IMPAC-Dublin Prize. His previous novel, Angry Black White Boy, or The Miscegenation of Macon Detornay, was a San Francisco Chronicle Best Book of 2005; it is taught at more than eighty universities and has been adapted into a prize-winning stage play. He is also the author of the novel Shackling Water, the poetry collection genius b-boy cynics getting weeded in the garden of delights, and A Fictional History of the United States With Huge Chunks Missing, an anthology of original short stories which he co-edited with T Cooper.

Mansbach's screenplay Panarea, starring Chloe Sevigny and Mark Webber, will shoot this summer in Italy and Sweden. It is directed by Adam Bhala Lough and executive produced by Jim Jarmusch.

An inaugural recipient of the Ford Foundation's Future Aesthetics Artist Grant, Mansbach was also a 2012 Sundance Institute Screenwriting Lab fellow. The 2009-2011 New Voices Professor of Fiction at Rutgers University, he founded, edited and published the pioneering 1990s hip hop journal Elementary and spent several years traveling as a drum technician with the Elvin Jones Jazz Machine. His fiction and essays have appeared in The New York Times Book Review, Esquire, GQ, The Times of London, The Believer, N+1, The Los Angeles Times, The Boston Globe, and on National Public Radio's All Things Considered.

Mansbach's forthcoming projects include a graphic novel, Nature of the Beast (Soft Skull, April 2012), an actual children's version of his profane fake-children's book entitled Seriously, Just Go to Sleep (Akashic, April 2012), and two novels, Rage is Back (Viking, 2013) and The Dead Run (Morrow, 2013). He lives in Berkeley, California, and is a frequent lecturer on college campuses across the country.