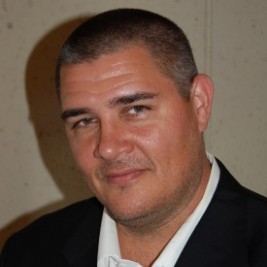 Businesses, Non-profit organizations, event planners and companies across the country have worked closely with our booking agents to hire Adam Johnson for a speaking engagements, guest appearances, product endorsements and corporate events. Many of those same clients have continued to turn to our speakers bureau as we can easily align Adam Johnson’s availability with their upcoming seminar, gala, annual conference, corporate function, and grand opening. Our close relationship with Adam Johnson’s booking agent and management team further enables us to provide inquiring clients with Adam Johnson’s speaking fee and appearance cost.

If your goal is to hire Adam Johnson to be your next keynote speaker or to be the next brand ambassador our celebrity speakers bureau can assist. If Adam Johnson’s booking fee is outside your companies budget or your unable to align with his appearance availability, our booking agents can provide you a list of talent that aligns with your event theme, budget and event date.

Adam Johnson is an American novelist and short story writer. He won the Pulitzer Prize for his 2012 novel, The Orphan Master's Son, and the National Book Award for his 2015 story collection Fortune Smiles. He is also a professor of English at Stanford University with a focus on creative writing.

Johnson was born in South Dakota and raised in Arizona. He earned a BA in Journalism from Arizona State University in 1992, though he studied principally with the fiction writer Ron Carlson. He earned an MFA from the writing program at McNeese State University in 1996, where he studied with Robert Olen Butler and John Wood. In 2001, he earned a PhD in English from Florida State University. Janet Burroway directed his dissertation. Johnson is currently a San Francisco writer and professor in creative writing at Stanford University. He founded the Stanford Graphic Novel Project and was named "one of the nation's most influential and imaginative college professors" by Playboy Magazine and "one of the most impressive professors at Stanford" by Business Insider.

Johnson is the author of the novel The Orphan Master's Son (2012), which Michiko Kakutani, writing in The New York Times, has called, "a daring and remarkable novel, a novel that not only opens a frightening window on the mysterious kingdom of North Korea, but one that also excavates the very meaning of love and sacrifice." Johnson's interest in the topic arose from his sensitivity to the language of propaganda, wherever it occurs. Johnson also wrote the short-story collection Emporium and the novel Parasites Like Us, which won a California Book Award in 2003. His work has been published in Esquire, Harper's Magazine, Tin House, and The Paris Review, as well as Best New American Voices and The Best American Short Stories. Recently his short story "George Orwell was a Friend of Mine" was published by 21st Editions in The Janus Turn with photographs in platinum by George Tice.

Johnson's work has been translated into many languages and focuses on characters at the edge of society for whom isolation and disconnection are nearly permanent conditions. Michiko Kakutani described the central theme "running through his tales is also a melancholy melody of longing and loss: a Salingeresque sense of adolescent alienation and confusion, combined with an acute awareness of the randomness of life and the difficulty of making and sustaining connections."

According to Daniel Mendelsohn, writing for New York Magazine, “Johnson's oh-so-slightly futuristic flights of fancy, his vaguely Blade Runner–esque visions of a cluttered, anaerobic American culture, illustrate something very real, very current: the way we must embrace the unknown, take risks, in order to give flavor and meaning to life.” A strain of absurdity also runs through his work, causing it to be described as "a funky new science fiction that was part irony and part pure dread." "Teen Sniper" is about young sniper prodigy enlisted by the Palo Alto police department to suppress the disgruntled workers of Silicon Valley. "The Canadanaut" follows a remote team of Canadian weapons developers who race to beat the Americans to the moon.