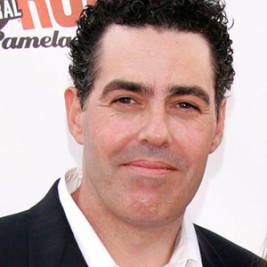 Businesses, Non-profit organizations, event planners and companies across the country have worked closely with our booking agents to hire Adam Carolla for a speaking engagements, guest appearances, product endorsements and corporate events. Many of those same clients have continued to turn to our speakers bureau as we can easily align Adam Carolla’s availability with their upcoming seminar, gala, annual conference, corporate function, and grand opening. Our close relationship with Adam Carolla’s booking agent and management team further enables us to provide inquiring clients with Adam Carolla’s speaking fee and appearance cost.

If your goal is to hire Adam Carolla to be your next keynote speaker or to be the next brand ambassador our celebrity speakers bureau can assist. If Adam Carolla’s booking fee is outside your companies budget or your unable to align with his appearance availability, our booking agents can provide you a list of talent that aligns with your event theme, budget and event date.

In 2006, Carolla completed work on The Hammer, an independent film that he co-wrote and co-produced. He plays the lead role in the film, opposite Heather Juergensen. The film premiered at the 2007 Tribeca Film Festival, and was released on March 21, 2008.

Carolla co-hosted the syndicated radio call-in program Loveline from 1995 to 2005 as well as the show's television incarnation on MTV from 1996 to 2000. He was the co-host and co-creator of the television program The Man Show (1999–2004), and the co-creator and a regular performer on the television show Crank Yankers (2002–2007). He hosted The Adam Carolla Project, a home improvement television program which aired on TLC in 2005 and The Car Show on Speed TV in 2011. Carolla has also appeared on the network reality television programs Dancing with the Stars and The Celebrity Apprentice. His book In Fifty Years We'll All Be Chicks debuted on The New York Times Best Seller list in 2010, and his second book, Not Taco Bell Material, also reached New York Times bestseller status. An outspoken commentator on various social, political, and religious issues, Carolla has made numerous guest appearances on political talk shows, ranging from Bill Maher's Real Time with Bill Maher to Bill O'Reilly's The O'Reilly Factor, on which he headlines the weekly segment Rollin' with Carolla.