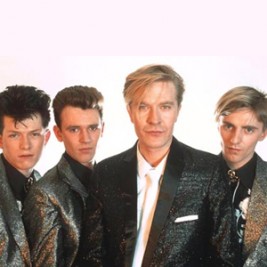 Book ABC for a Speaking Engagement

Businesses, Non-profit organizations, event planners and companies across the country have worked closely with our booking agents to hire ABC for a speaking engagements, guest appearances, product endorsements and corporate events. Many of those same clients have continued to turn to our speakers bureau as we can easily align ABC’s availability with their upcoming seminar, gala, annual conference, corporate function, and grand opening. Our close relationship with ABC’s booking agent and management team further enables us to provide inquiring clients with ABC’s speaking fee and appearance cost.

If your goal is to hire ABC to be your next keynote speaker or to be the next brand ambassador our celebrity speakers bureau can assist. If ABC’s booking fee is outside your companies budget or your unable to align with his appearance availability, our booking agents can provide you a list of talent that aligns with your event theme, budget and event date.

Under the direction of vocalist Martin Fry, ABC scored several hits in the early 1980s, which were catchy, synth-driven dance-pop.  Those hits included "Be Near Me," "Be NearLook of Love," and "Poision Arrow."

Fry ran his own group, Modern Drugs, while he was attending Sheffield University in the early 1970s. Fry intended to form ABC in 1980, after interviewing two members of Vice Versa, Mark White (guitar) and Stephen Singleton (saxophone) for his group, but instead the two musicians asked Fry to join their band as a vocalist. Fry became a part of the group and quickly took control of the electronic band. He steered them in a more pop-oriented direction and thus renamed the group ABC.

In the fall of 1981, ABC had signed a record contract with Phonogram Records. ABC released their first single, "Tears Are Not Enough," in November; 1981. In the spring of 1982, two singles, "Poison Arrow" and "The Look of Love," became British Top Ten hits which paved the way for ABC's debut album, The Lexicon of Love.

At the end of 1982, ABC began to concentrate on the United States. The band's American success was helped greatly by MTV network. Their second album, Beauty Stab was released in 1983 which featured a harder, rock sound driven by guitars rather than keyboards. This album didn't perform as well as their debut album.  Their commercial slide continued so the duo moved to New York. After moving to New York they added David Yarritu and Eden to the group; neither member could play or sing -- they were added for the visual effect.

Even though the group had a some success in 1985, their singles still stalled on the charts. Fry who was ill for most of the last half of the year, recovered in 1987 at which time he began writing and recording with White. ABC relesed "When Smokey Sings," in the summer of 1987 which was a major hit. Two years later, they released Up, which only charted in the U.K.

After the release of Up, Fry decided to take an extended break from the music industry.  When he returned in 1997 he brought with him a revamped ABC and a new album called Skyscraping, which was only released in the U.K. Skyscraping earned good reviews and respectable sales for Fry and ABC.