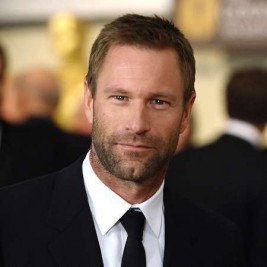 Businesses, Non-profit organizations, event planners and companies across the country have worked closely with our booking agents to hire Aaron Eckhart for a speaking engagements, guest appearances, product endorsements and corporate events. Many of those same clients have continued to turn to our speakers bureau as we can easily align Aaron Eckhart’s availability with their upcoming seminar, gala, annual conference, corporate function, and grand opening. Our close relationship with Aaron Eckhart’s booking agent and management team further enables us to provide inquiring clients with Aaron Eckhart’s speaking fee and appearance cost.

If your goal is to hire Aaron Eckhart to be your next keynote speaker or to be the next brand ambassador our celebrity speakers bureau can assist. If Aaron Eckhart’s booking fee is outside your companies budget or your unable to align with his appearance availability, our booking agents can provide you a list of talent that aligns with your event theme, budget and event date.

Aaron Eckhart was born March 12, 1968 and is a film and stage actor. Born in California, he moved to England at 13 when his father relocated the family. Several years later, he began his acting career performing in school plays. Eckhart then moved to Sydney, Australia, for his high school senior year; he left without graduating but earned a diploma through an adult education course. In 1994, he graduated from Brigham Young University (BYU) with a Bachelor of Fine Arts degree in film. For much of the mid-1990s, he lived in New York City as a struggling, unemployed actor.

As an undergraduate at Brigham Young, Eckhart met director and writer Neil LaBute who cast him in several of LaButes original plays. Five years later, Eckhart made a debut as an unctuous sociopathic ladies man in LaBute™s black comedy film In the Company of Men (1997). Under LaButes guidance, he worked in the directors films Your Friends & Neighbors (1998), Nurse Betty (2000), and Possession (2002). Eckhart has chosen roles in an eclectic range of movies, from science fiction films such as The Core (2003) and Paycheck (2003) to romantic dramas like Conversations with Other Women (2006) and No Reservations (2007).

In 2000, Eckhart gained wide recognition as George in Steven Soderberghs critically acclaimed film Erin Brockovich. In 2006, he received a Golden Globe nomination for Best Actor for his portrayal of Nick Naylor in Thank You for Smoking. In 2008, he starred in the big-budget studio film The Dark Knight as District Attorney Harvey Dent and the villain he becomes, Two-Face.

Eckhart next co-starred with Jennifer Aniston in the romantic drama, Love Happens, released in September 2009, as a motivational speaker coming to terms with his own grief. He has signed on to star in Jonathan Liebesmans science fiction film, Battle: Los Angeles, where he will play the lead role. The story centers around a Marine platoon, who battle alien invaders right in the middle of Los Angeles. Eckhart will play the platoon commander. He is also set to appear alongside Johnny Depp, Richard Jenkins, and Amber Heard in Hunter S. Thompsons novel adaptation The Rum Diary, directed by Bruce Robinson. In the film, Eckhart will play Sanderson, a wealthy landowner, who believes everything has a price and introduces Paul Kemp (Depp) to a different standard of living. He has also agreed to star alongside Nicole Kidman in Rabbit Hole an adaption of David Lindsay-Abaires 2005 drama of the same name. For the future, among the actors Eckhart hopes to work with are Jeff Bridges and Angelina Jolie.